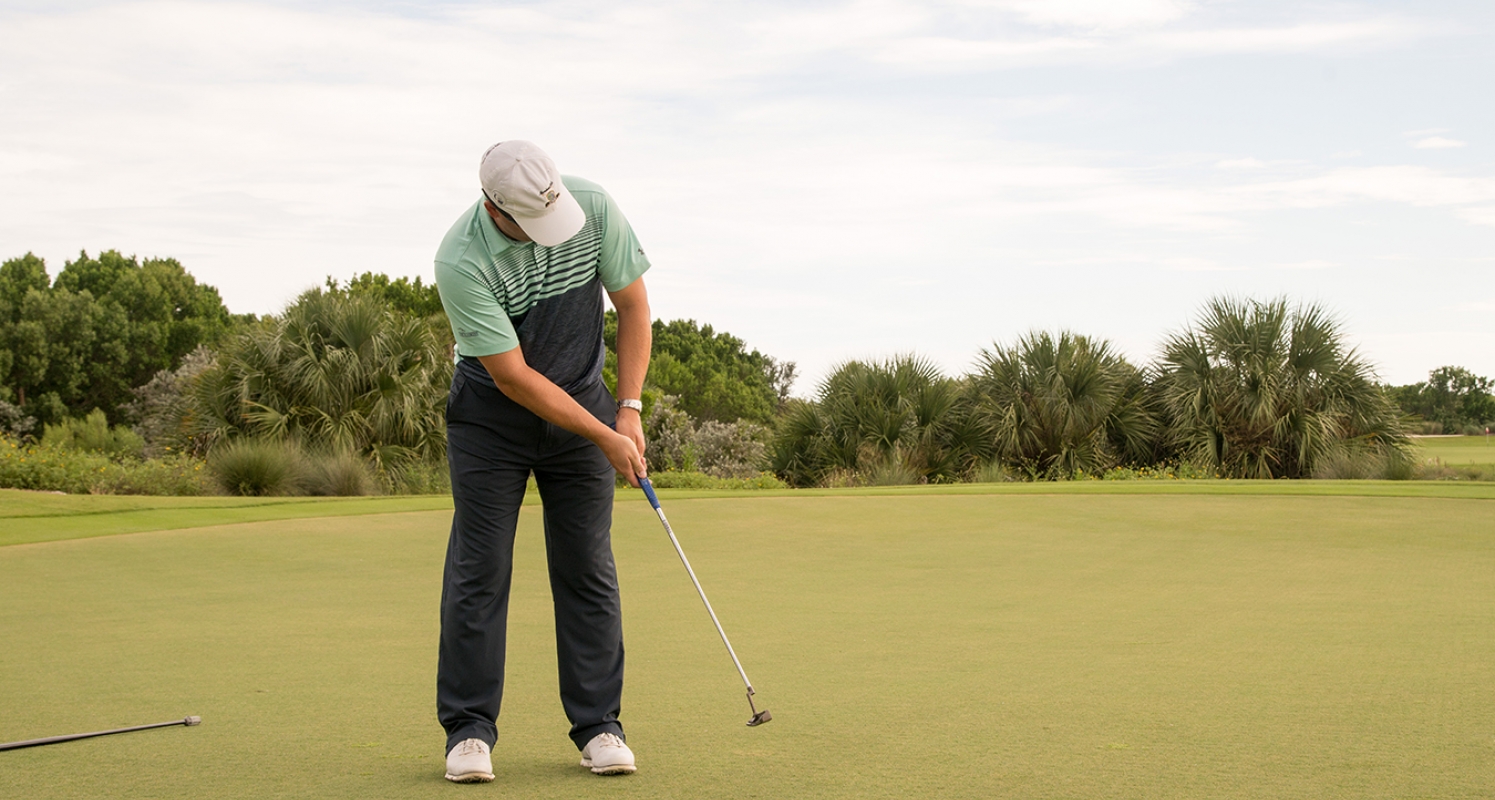 Naples’ unofficial First Family of Golf is gathered in Eric Booker’s living room. At 54, he’s the second youngest of six siblings, each possessing impressive golf credentials, and all of whom live within easy striking distance of each other on Florida’s Paradise Coast.

Eric played on the PGA Tour for a spell, and on circuits in South Africa and Asia. He’s now the head golf coach at Florida Gulf Coast University. He’s joined by sister Cindy Booker-Gatz, the eldest, who played on the LPGA tour in the 1970s and has been a southwest Florida rep for golf equipment companies for 35 years. Also on hand is Lee Booker, second oldest, who played professionally from 1978 to 1985 and has since won so many amateur tournaments in the area he can hardly keep count.

Twins Vivian Ebert and Allison Grimes have also stopped by. They once dueled in two-woman playoff during an amateur tournament. “Don’t ask Alison about it,” Vivian says with a conspiratorial smile.

The Booker clan embodies the idea that a family that golfs together stays together — and they’ve done so on Florida’s Paradise Coast. They are a chipper bunch, obviously very close. They tease, finish each other sentences. And this get-together on a late Friday afternoon has given them a terrific opportunity to reminisce. “Lee qualified for the U.S. Men’s Senior Open and never called anybody to tell us,” Cindy says, giving her brother an indignant look.

Eric played a practice round with Tiger Woods at Torrey Pines, the celebrated championship course in southern California. “He was the best I ever played with,” Eric says. “I tried to size myself up, tried to figure out why he was so much better than me. Another time, at Pebble Beach, I was on the driving range hitting balls next to Tiger. I asked my caddy to time us up so we’d swing at the same time — so I could see the difference. I watched both our balls go up, hit their pinnacle, and then my ball looked like somebody shot it out of the sky. Tiger’s kept going.”

A Family Migration to Florida

The Booker siblings come from northern Michigan, where their father, Gordon Lee Booker built a Par 3 golf course. That motivated the kids to pick up clubs at an early age. Gordon and his brother built a hotel in St. Petersburg and the family started making regular visits. In 1968, Dad circled Florida looking for a place to land. He was enchanted by Naples. His kids’ burgeoning golf talent played into his decision. Lee recalls, “Dad thought, ‘if they’re going to make something of themselves playing golf, we should come down here so they can play all year round.”

Cindy was part of the boys golf team at Naples High during her junior year in 1972. Lee was her teammate. She recalls that during a championship tournament the opposing coach objected to her participation. “He said I was a distraction to his boys,” she says with a knowing smirk. “He just didn’t want me beating their butts.”

Cindy, Lee and Eric set out on their pro golf odysseys, but always returned to golf courses in Naples. “Who would want to leave Naples, Florida?” Cindy says. “It’s a golfer’s paradise. It’s a paradise overall.”

These days, the Becker sibs try to group up and play together as often as possible. “We get asked a lot, ‘who’s the best player?’ Cindy says. “We’re all competitive, but we don’t play against each other for bragging rights. We all want the other to play well.” In Naples, Florida.