How to Catch a Tripletail in 5 Minutes 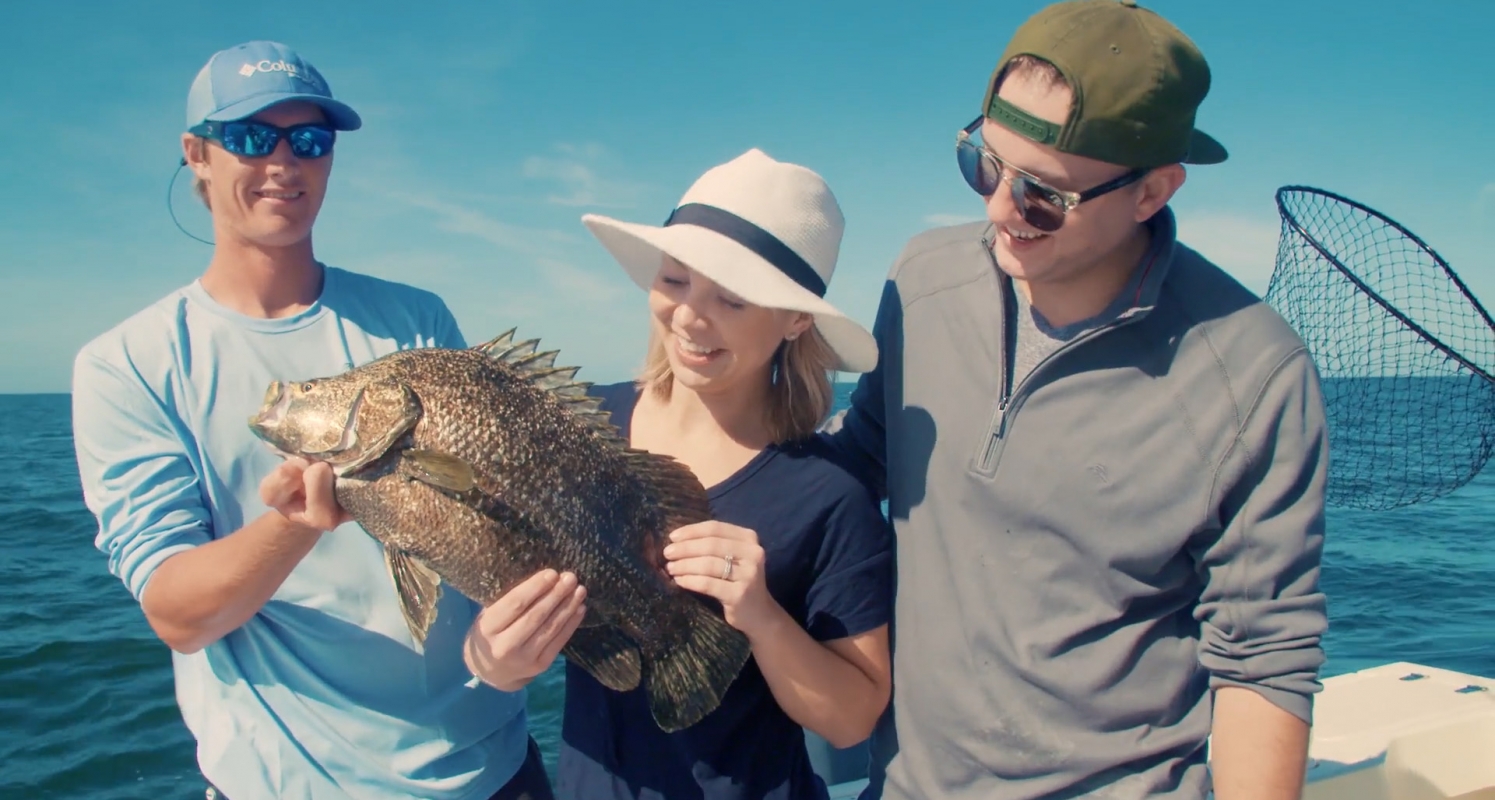 The fishing trip was winding down when Captain Mike Bailey got an idea. “Let’s see if we can get us a tripletail before we head back,” he announced.

“What’s a tripletail?” asked Stephanie Roberts, who had hired Ms.B.Haven Fishing & Eco Charters of Naples as a 30th birthday present for her husband, Jordan. “You’ll see,” replied Mike, who calls himself a “native guide.”

Captain Mike explained that the Tripletail — a “prehistoric fish” — likes to scavenge around the stone crab traps that are so plentiful in the waters in the Gulf off of Naples. He pointed the boat toward the traps. After passing just three clusters, his eagle-eyed mate, Robert Holzinger, shouted, “I see one, Mike!”

The traps were about 50 feet away. Robert ran to the stern and grabbed a shrimp from the bait bucket, hooked it and scurried to the edge of the boat.

With a deft flick of the wrist, Robert cast the bait to within about a couple feet of a dark shadow in the water. “Come on, come get it,” he cooed. After a few seconds, the rod bent, the reel zinged.

After a few seconds, the rod bent, the reel zinged.

Robert handed the rod to Stephanie, who, with a little instruction, pulled the fish into the net.

Man, that tripletail was ugly. But it tasted good, we later found out (see how to cook your catch in the Naples area).

This afterthought catch was a vivid display of Naples-area angling artistry by a second-generation fishing guide and his young sidekick. From arriving at the traps to landing the fish took about five minutes. Admittedly, it took some luck, but also a great deal of skill and know-how.

This wasn’t fishing — it was catching.

Things to do in Marco Island, Florida