Kayak Fishing in the Naples Area

Every so often, something comes along that revolutionizes the industry of sport fishing. Today, it’s kayak fishing, one of the fastest-growing segments in the industry. 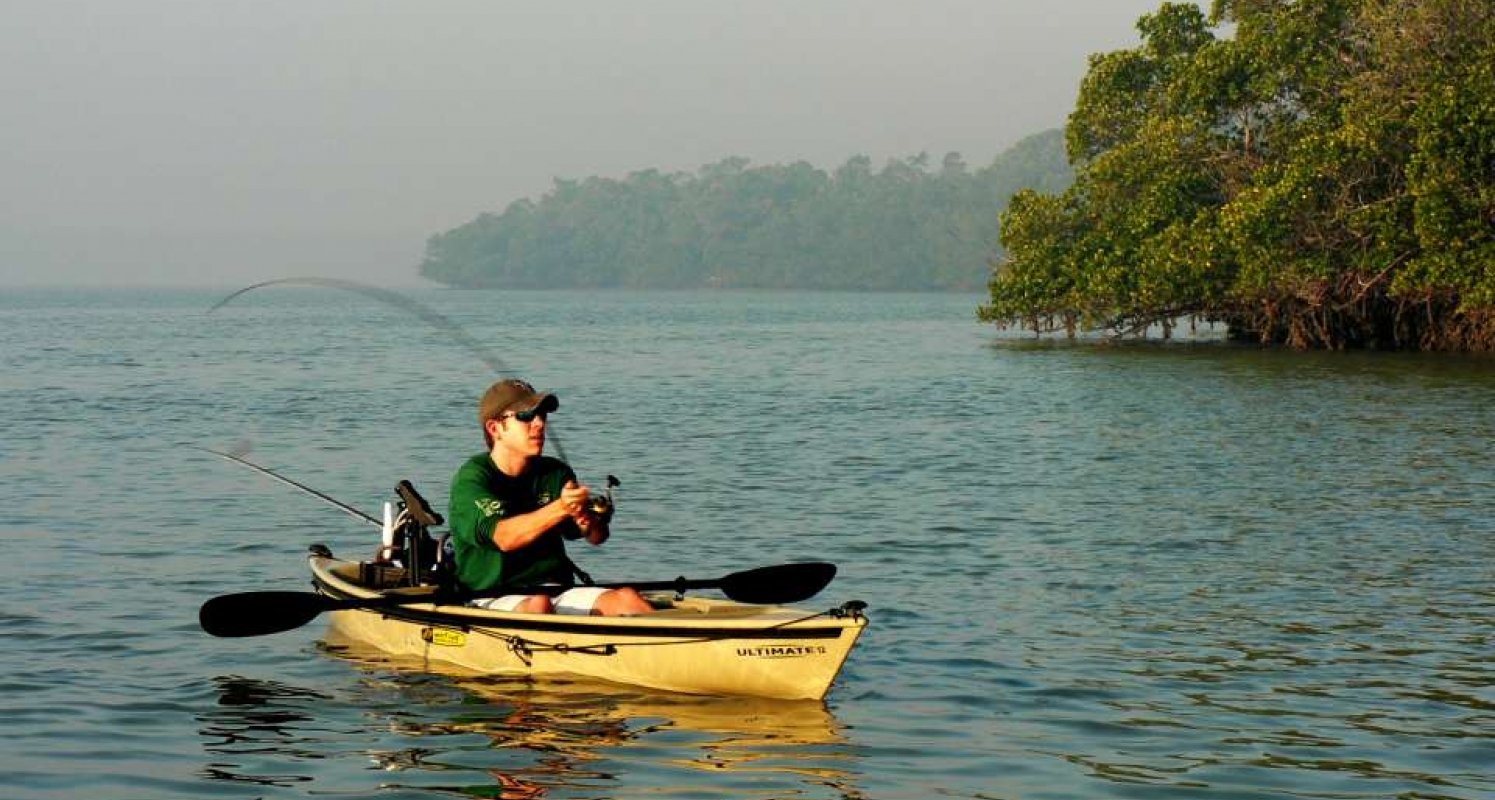 The word is out, and more and more anglers across the country are turning to kayak fishing.

Manufacturers are starting to build kayaks specifically for fishing, with some models so popular that dealers have months of backlog. New gear, tackle, rigging and equipment is being introduced every time you turn around. Specialty guides services are available in most fisheries, clubs have formed, kayak fishing tournaments are increasing in numbers and excursions specifically for kayak fishing are increasingly available.

With just a little thought about the kayak, it's easy to see why fishermen are embracing it so enthusiastically. It is very economical with relatively low upfront and ongoing costs. It is simple, stable and deadly silent. A kayak provides fishing access to areas that you simply cannot get to by other means. Take one fishing trip in a kayak and you will become a convert.

Take one fishing trip in a kayak and you will become a convert.

The costs of power boating can be great. Nowadays, it's hard to get an outfitted flats boat without spending well over $20,000. The fishing kayak, on the other hand, requires no fuel, no insurance, no trailer, no tow vehicle and basically no maintenance. You don't even need a boat ramp. Weighing about 50 pounds, it transports on top of a compact car and can be launched by one person just about anywhere there is water. Completely outfitted for fishing, including paddles and safety gear, the typical fishing kayak will cost about $1,000 – a far cry from the cost of any flats boat.

While the basic kayak is an effective fishing platform in its simplest form, like every other boat on the water, if it can be customized and rigged to a boat, someone is going to do it. Many enthusiasts have rigged their "yaks" with multiple anchoring systems, back rests, a variety of storage options, coolers, bait wells, batteries, pumps, GPS units, sonar, radios and even camera mounts.

Kayaks are being used in both deep and shallow water fisheries. Whether fishing vertically in deep water or horizontally in shallow water, the kayak is a great fishing platform. There are those that are seeking and catching dolphin, sailfish, stripers, sharks and giant tarpon in deep water from their yaks. But it is in the shallow waters of Southwest Florida where the kayak is coming into its own.

Success in the shallows depends largely on stealth. One slam of a hatch, a dropped tool on the deck or a graphite push pole twanged into a rock and the game is over. Stealth is king, and the kayak is the King of Stealth.

With a kayak, you are able to slip quietly into your fishing area virtually undetected, gliding practically effortlessly through the water. Basically, the only sound that you hear is that of the paddles dipping into the water.

Where to Kayak Fish in the Naples Area

Ask around and you’ll quickly find out that the Paradise Coast is made for kayak fishing. There’s no shortage of equipment rentals and expert guides that can take you to where the fish are biting.

Rookery Bay, between Naples and Marco Island, is renowned for redfish, mangrove snapper, tarpon and snook. These enthusiastic fish love to hide in the mangroves – perfect for a kayak where you can nudge up close to the roots.

In the grass flats, try your hand at snagging snook, trout and redfish. In the backcountry of the Ten Thousand Islands, tarpon actually seem to be attracted to the sound of the paddles. Snook, redfish, sea trout, pompano, grouper and almost too many more to mention make for an excellent day on the water.

The kayak can totally rejuvenate your enthusiasm for sports fishing. All the species that you’ve caught in your fishing career can now be caught from a kayak. All the areas that you could not get to before, now you can.

Capt. Charles Wright runs Chokoloskee Charters, EvergladesKayakFishing.com and Everglades Area Tours. With multiple boats to choose from and a fleet of outfitted fishing kayaks, he is able to allow his anglers to experience all the fishing opportunities the area has to offer. He grew up in South Florida and the Keys and has fished the waters of Everglades National Park since 1972.