Florida's Paradise Coast dining was born in a humble fish shack, and through the years it's grown into a sophisticated scene with uptown sidewalk cafes, global offerings and luxury resort restaurants that remembers its seafood roots. The result? Something for everyone's palate. 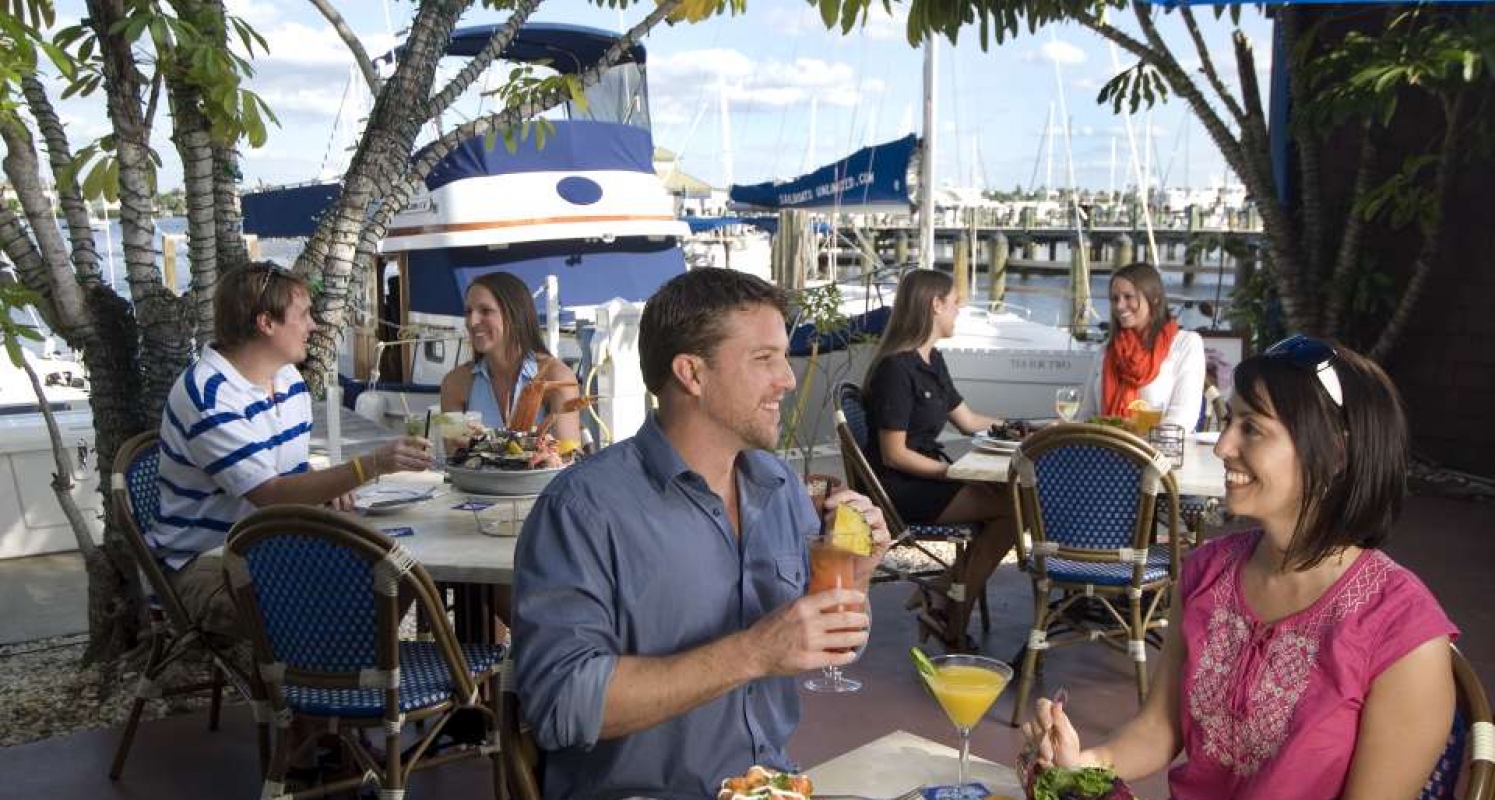 The interpretations of "local cuisine" are as diverse as Naples area restaurants. Some define it as the rustic fare you find around Everglades City: frog legs, stone crab, Seminole Indian fry bread. Along the Barron River, a procession of funky seafood shacks specialize in stone crab, the town's biggest claim to fame. Try Joanie's Blue Crab Cafe for swamp ambiance and a menu to match. Or dine dockside at Triad Seafood or City Seafood.

Still others identify local cuisine as upscale and innovative. On the finer side of waterfront dining, whimsically sophisticated Baleen Naples at LaPlaya Beach & Golf Resort has inherited a Miami vibe from its Coconut Grove forerunner, known for its creative Floribbean-Asian fusion. Nearby Turtle Club at Vanderbilt Beach Resort serves an awesome brand of Southern-accented cuisine in dishes such as Low Country Shrimp and Smoked Sausage.

On Marco Island, sample true Tuscan from the rooftop of Sale e Pepe at Marco Beach Ocean Resort, with a view and homemade pastries to die for.

With the breadth of dining experiences on Florida's Paradise Coast, perhaps the true definition of local cuisine encompasses all of the above and then some. The best thing to do is wine, dine and create your own meaning.

Step Back into Old Florida at the Everglades Rod & Gun Club