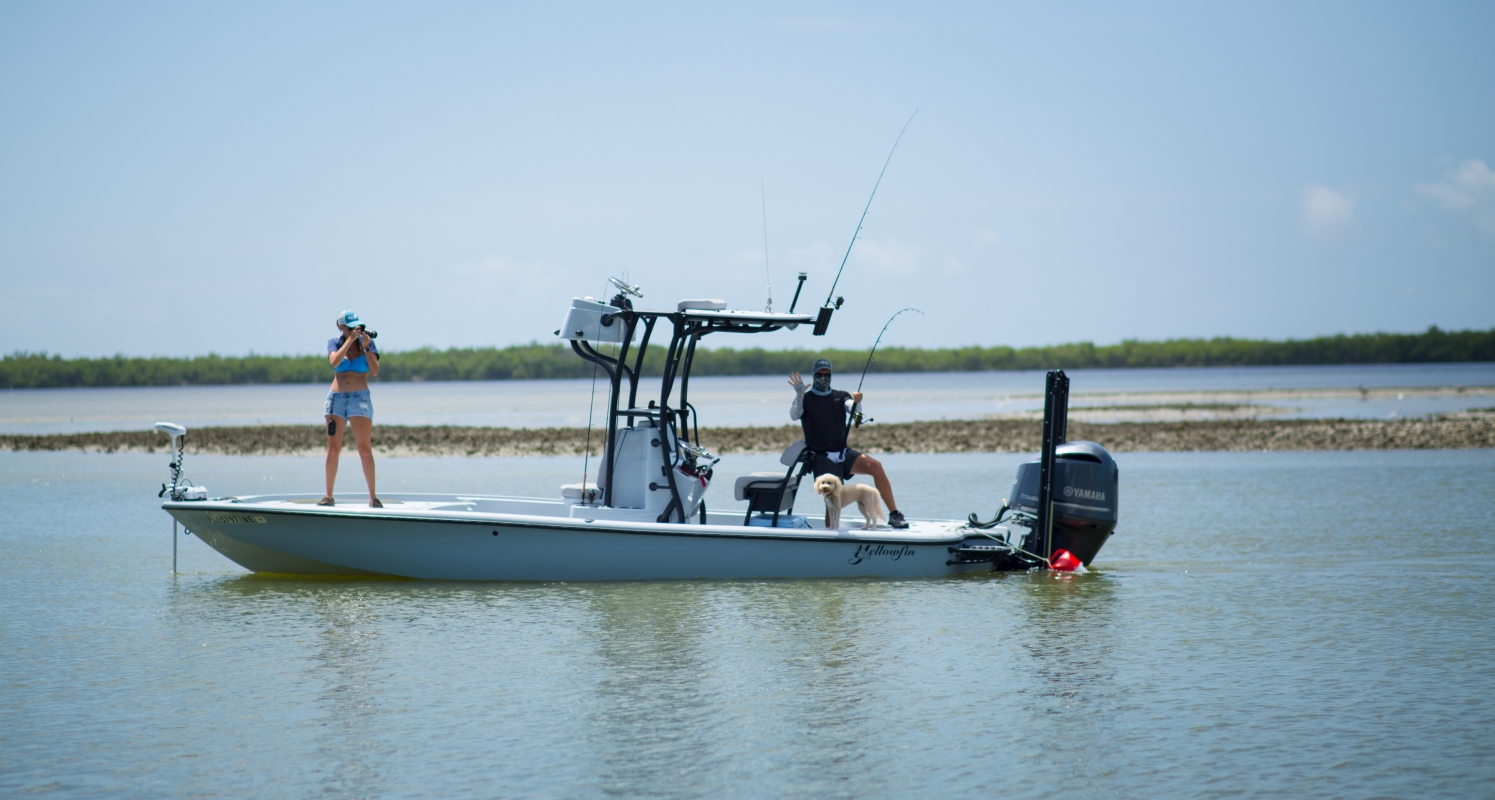 Centropomus undecimalis, also known as robalo, linesiders and sergeant fish — but we’ll stick with snook — are indigenous to Central Florida and southward. The Paradise Coast is among its most robust habitats. They can be caught in backwaters, offshore and even in fresh water. The fish generally range in length from 18 inches to a 40-inch trophy. The Florida state record by weight is 44 pounds, 3 ounces.

“I catch ‘em all, redfish, tarpon, tripletail, you name it — but snook is hands-down my favorite fish,” says Capt. Chris Turner, standing on his boat in the Ten Thousand Islands, a vast chain of mangrove islets just southeast of Marco Island.

“It’s a tropical fish, something that the rest of the country doesn’t have. They’re explosive fighters, and you can catch ‘em with many different techniques. Visitors have heard that snook fishing is what you come down for.”

On a hot and sunny first day of snook season, September 1, Turner and his fishing party have been target-casting live “shiners” as close to the mangroves as possible. A half-hour in, they’ve already snagged a couple and tossed them back.

Adding to snooks' mystique are strict state regulations. You or your captain must have a special permit, and you can only keep one per day. Due to stress on the species in parts of the Gulf Coast from a red tide outbreak in 2018, snook are catch-and-release only year-round from Gordon Pass in Naples northward to Pasco County.

To keep one in allowable areas and during allotted seasons, this fish has to fall into a tight “slot” — between 28 and 33 inches from the chin to the tip of the tail. Anglers can enjoy catch-and-release snook fishing anytime. If you want to keep one, snook season in Marco Island and Naples (south of Gordon Pass only) is open in September 1-November 30 and in March 1-April 30.

These limits make keepers tough to come by, but a visiting angler can have an absolute blast by fightin’ ‘em quick, reeling ‘em in, and throwin’ ‘em back.

Snook make for really good eating — firm, with a delicate flavor — but you won’t find them in a restaurant or stores. They’re banned from commercial use. “Decades ago they were netted by the thousands and thousand of pounds,” Capt. Chris says. “But in 1949 or ’50, they banned commercial fishing of snook. They’re strictly a sport fish now.”

Snook are known as “ambush feeders.” They surprise attack their prey as it swims or moves into range. This only adds to the fun. “It’s a super intense, short fight, like getting into an MMA cage,” Capt. Chris explains. “You’ve got just a few seconds to get it out of the mangroves. They know every branch, every snag and barnacle. They go around stuff and you can get broke off quick. The first few seconds is the funnest part of the fight.”