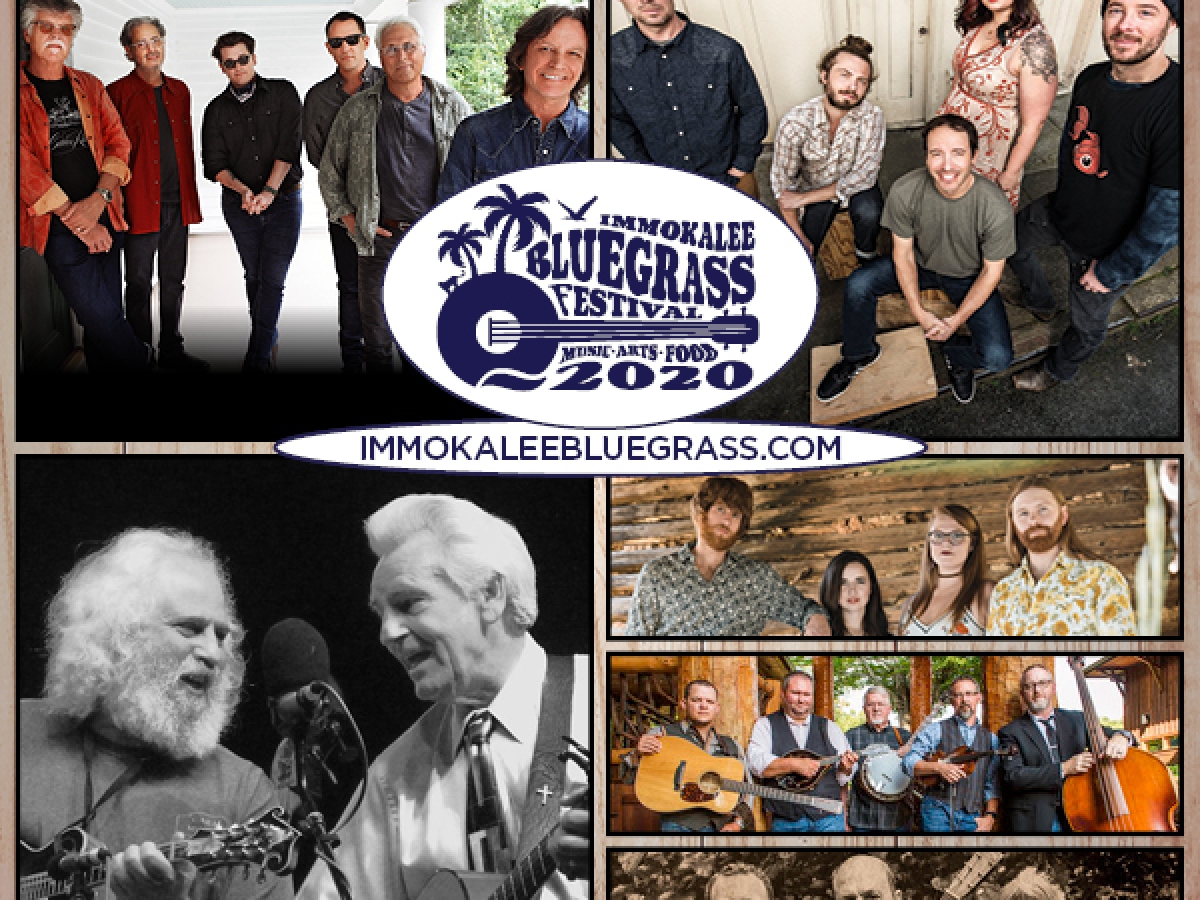 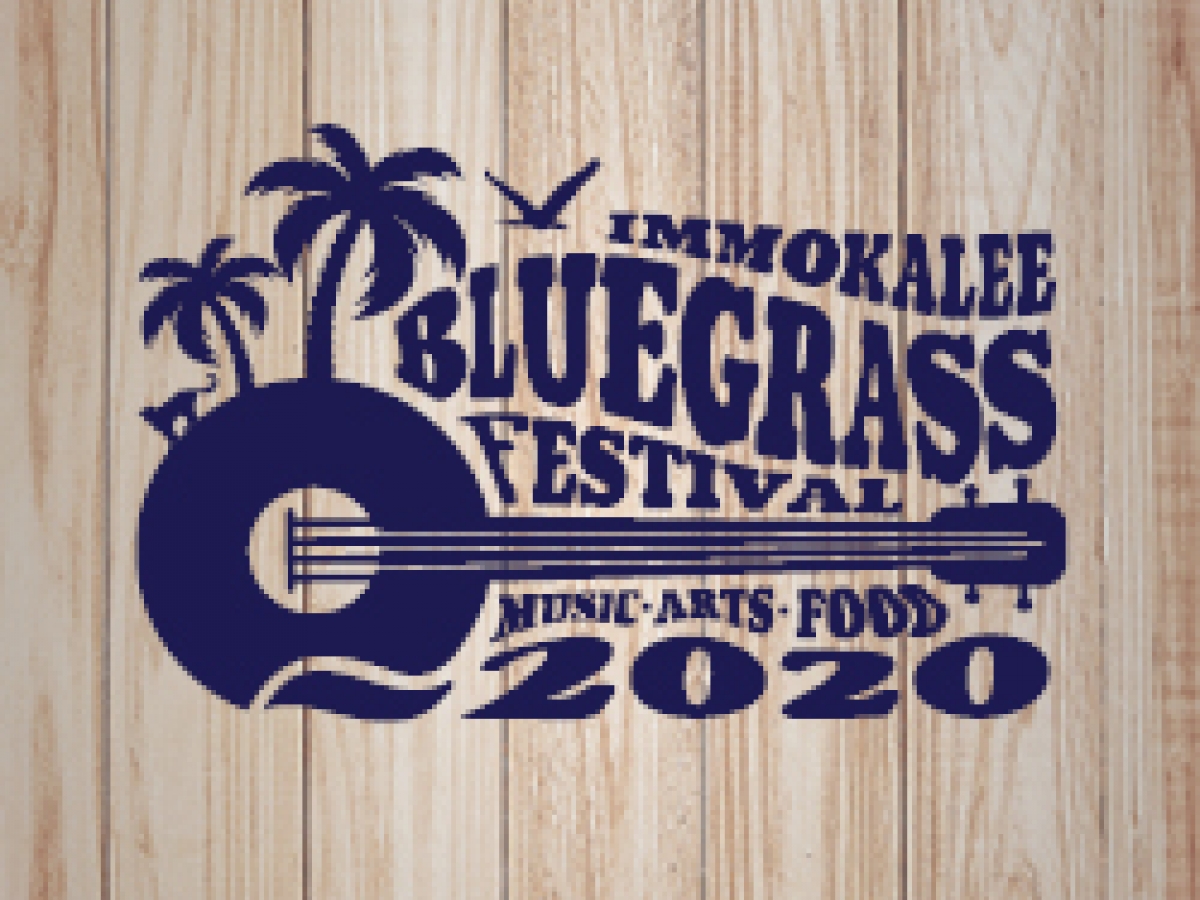 Gator Country 101.9 FM presents the first annual Immokalee Bluegrass Festival at Seminole Casino Hotel Immokalee on Saturday, March 14 starting at 11 a.m. The free festival will feature six outdoor concerts with two concerts in the Zig Zag Lounge after the festival concludes, as well as a large vendor section and a variety of arts and food trucks. Admission is free, and attendees should bring their own chairs for concert viewing. For more information, visit www.immokaleebluegrass.com.

The lineup for the Immokalee Bluegrass Festival includes:

Nitty Gritty Dirt Band: With a refreshed lineup and newfound energy, The Nitty Gritty Dirt Band remains one of the most accomplished bands in American roots music. The band played their first gig in 1966 in Southern California and by 1969 had become a cornerstone of the burgeoning country-rock community. Their career breakthrough came with the 1970 release of the record "Uncle Charlie & His Dog Teddy" and the single "Mr. Bojangles," a folksy Top 10 pop hit that remains a staple of their live show. The three-disc album "Will the Circle Be Unbroken" brought Nitty Gritty Dirt Band together with a number of country, folk, and bluegrass legends. Heroes like Roy Acuff, Mother Maybelle Carter, Jimmy Martin, Merle Travis, and Doc Watson joined the scruffy, young band to record country music standards such as "I Saw the Light" and "Keep on the Sunnyside." The acclaimed project is considered a landmark recording in American music. The band's hits also include "An American Dream," "Long Hard Road (The Sharecropper's Dream)," "Modern Day Romance," and "Fishin' in the Dark."

Yonder Mountain String Band: Yonder Mountain String Band's first new album in two years, "Love. Ain't Love" is undeniably the Colorado-based progressive bluegrass outfit's most surprising, creative, and energetic studio excursion to date. Songs like "Chasing My Tail" and "Alison" are rooted in tradition but are current and animated by electrifying performance, vivid production, and the modernist power that has made Yonder one of the most popular live bands of their generation. Melding sophisticated song craft, irrepressible spirit, and remarkable instrumental ability, "Love. Ain't Love" is a testament to the band's organic, dynamic, and intensely personal brand of contemporary bluegrass-fueled Americana.

Del McCoury and David Grisman: Del + Dawg: Del McCoury and David Grisman met at the first show Del ever played (on banjo) with Bill Monroe in the spring of 1963 at New York University in Greenwich Village. Through the years they have shared the stage at venues and festivals across the country and in 2012 released "Hardcore Bluegrass," a unique collection of bluegrass classics, made at two Dawg studio jam sessions in the 1990. Del + Dawg celebrates the nearly 50-year bluegrass friendship that these two legendary musicians have shared.

Balsam Range: The 2018 International Bluegrass Music Association's Entertainer of the Year, Balsam Range has become one of the genre's most award-winning acts. The group has garnered 13 IBMA awards on the heels of eight critically-acclaimed albums. Balsam Range has headlined major festivals and sold out venues across the nation and made multiple appearances at the Grand Ole Opry. The band collaborated with the Atlanta Pops Orchestra Ensemble to record 2 albums; "Mountain Overture," debuted on the Billboar" Mountain Voodoo," debuted at #4 on the Billboard Bluegrass Albums Chart and remained on that chart for 45 weeks. Three singles from that album reached #1 on the Bluegrass Today Chart, including "Blue Collar Dreams." The band most recently claimed the #1 radio chart spot with the single "The Girl Who Invented The Wheel."

The Barefoot Movement: Heralded by CMT Edge as "one of the most promising bands on the bluegrass scene," the music of the Nashville based group The Barefoot Movement is as down to earth as their intention for members of their audience: sit back, relax, take your shoes off, and stay a while. With two full-length albums, an EP of traditional music, several cross-country tours, and appearances at some of the top bluegrass festivals in the United States, the group received a Momentum Award in 2014, naming them "Band of the Year" by the International Bluegrass Music Association. They have been selected as showcase artists at both the International Bluegrass Music Association and the Americana Festival conferences and were first runners up at the 2013 Telluride Bluegrass Festival's New Band Competition.

The South Carolina Broadcasters: David and Ivy Sheppard and Sarah Osborne come by the name The South Carolina Broadcasters honestly. David and Ivy, both North Carolina natives, were living in Charleston when they started the project about five years ago. They met Osborne, who grew up between Saxapahaw and Graham, at a show in Kernersville in 2012, and she quickly joined. Soon after, the Sheppards decided to move back to their home state and bought a house in Mount Airy.