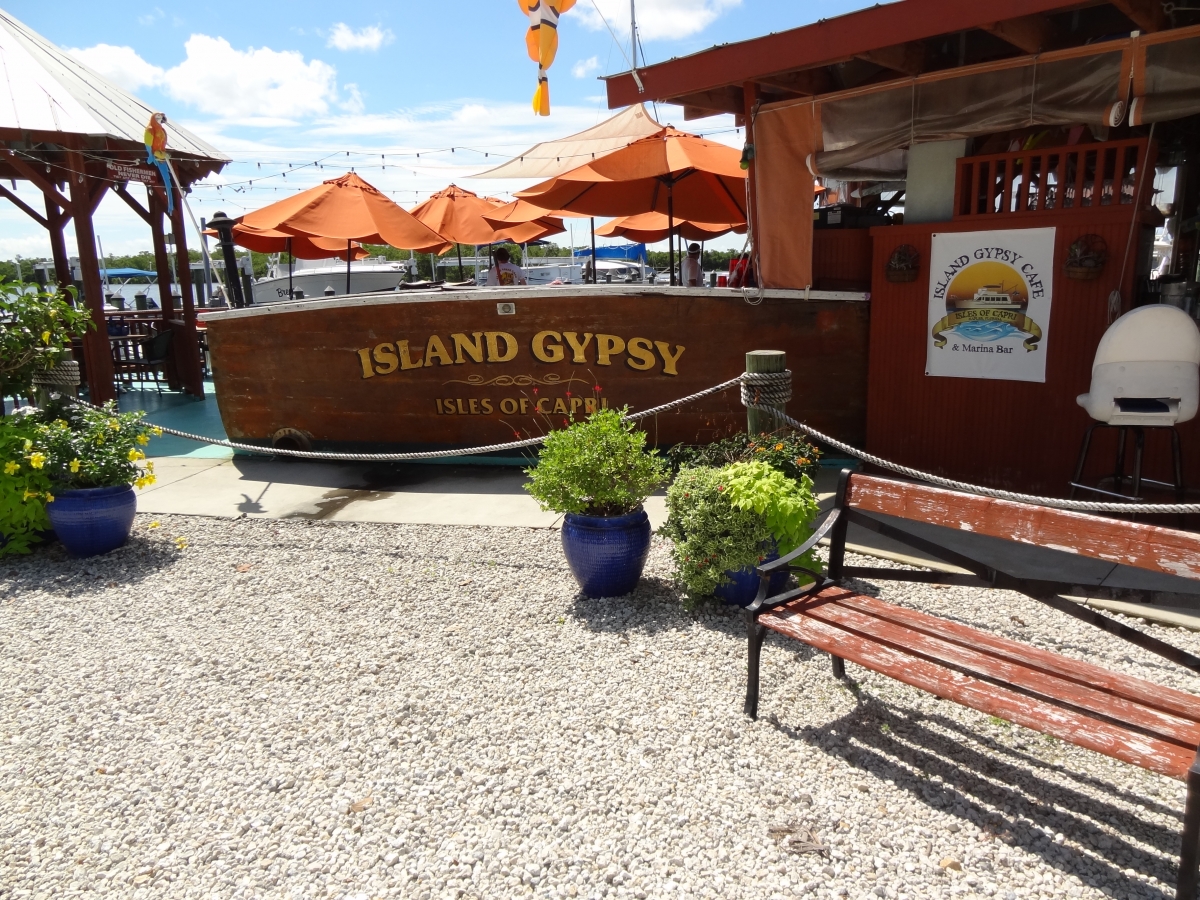 The Island Gypsy offers casual island dining by the water. Arrive by car or by boat for lunch, happy hour or dinner. Join the locals that love to enjoy resfreshing beverages and good food in our relaxed, waterfront location!

Back in 2006, the boat was sunk when hurricane Wilma, which was the most intense tropical cyclone ever recorded in the Atlantic basin, came to our shores.

The Island Gypsy fishing boat had been punched with holes as the storm raged on and battered her against the pilings.  The committed crews worked hard to rear her back from the depths and move her into the Capri Marina, only to have her sink yet once again.

That same stern sits just outside the entrance of the Marina Bar which is perched along the seawall in front of the docks.Unfortunately the boat was far beyond repair when later, she was dredged back up for the second time and the decision was made to salvage the stern and make it into the bar you see here today.