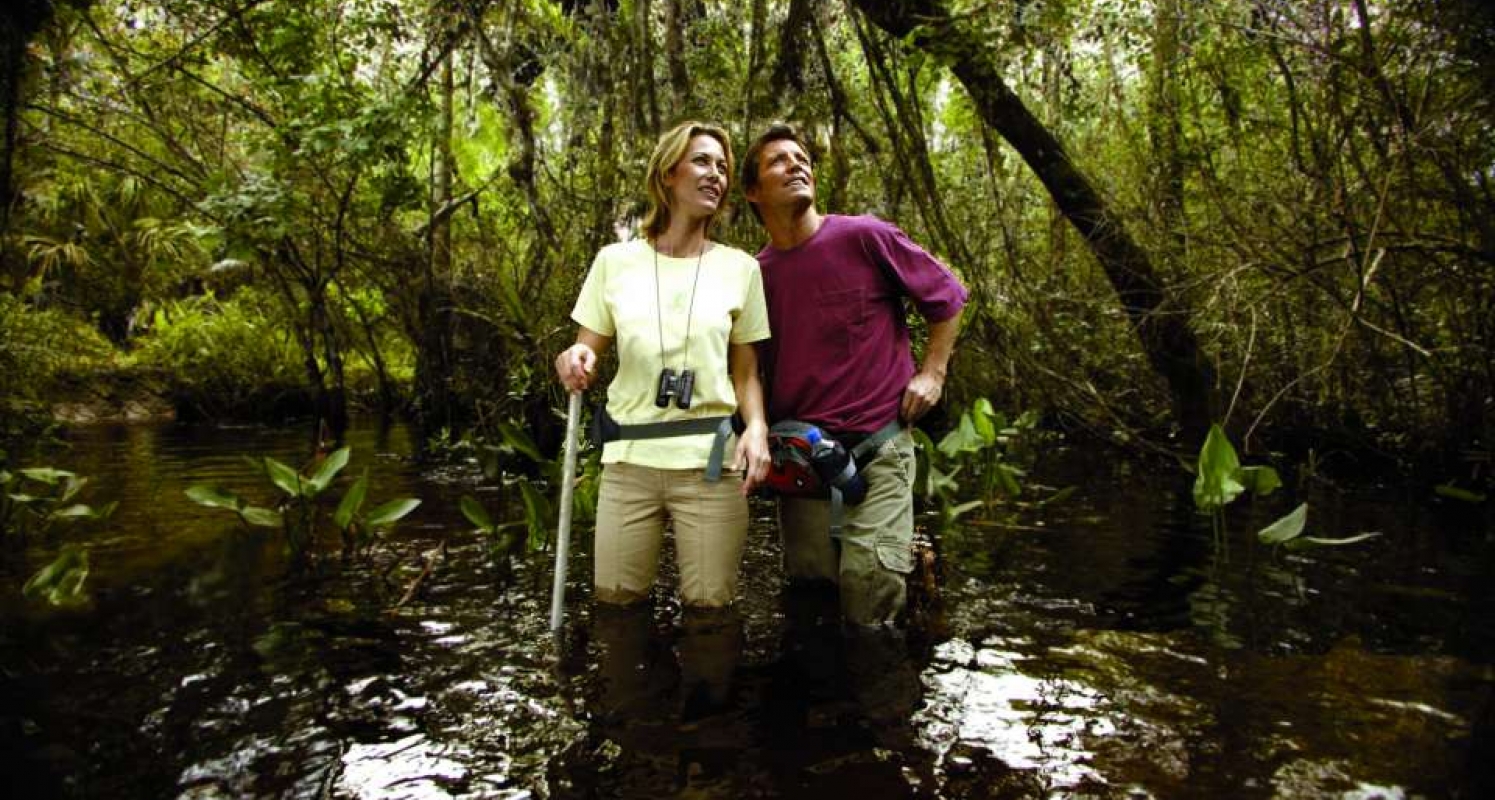 The Paradise Coast Blueway is a system of paddling trails that provide GPS-marked trail routes. The Blueway twists through the Ten Thousand Islands and includes one long trail route from Everglades City to Goodland, along with at least five shorter day trip trails allowing paddlers to experience the coastal mangrove estuaries teeming with bird and wildlife.