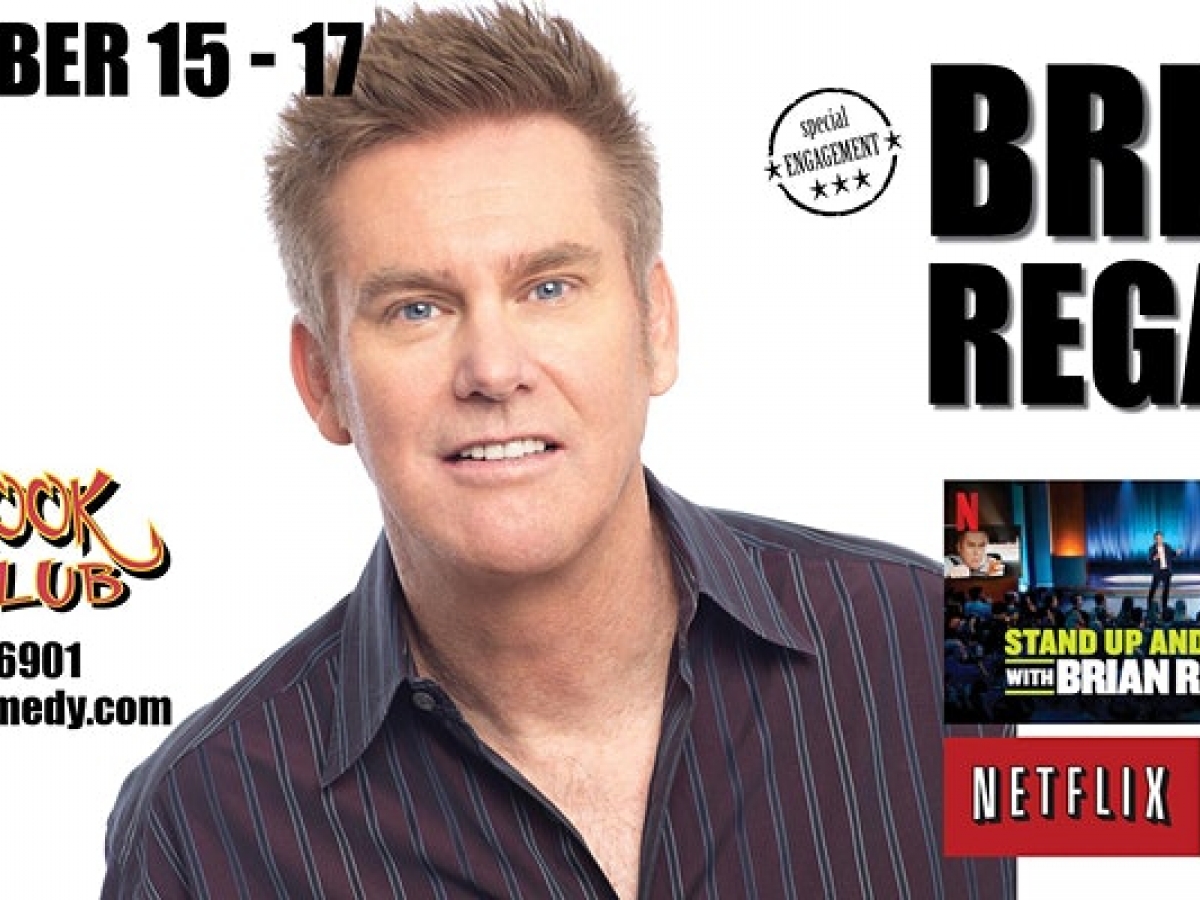 SPECIAL ENGAGEMENT Critics, fans and fellow comedians agree: Brian Regan is one of the most respected comedians in the country with Vanity Fair calling Brian, “The funniest stand-up alive,” and Entertainment Weekly calling him, “Your favorite comedian’s favorite comedian.” Having built his 30-plus year career on the strength of his material alone, Brian’s non-stop theater tour continuously fills the most beautiful venues across North America, visiting close to 100 cities each year. Brian stars in his own Netflix series, Stand Up And Away! With Brian Regan, which premiered on Christmas Eve 2018. Brian and Jerry Seinfeld Executive Produce the four-episode original half hour series that combines sketch comedy and stand-up.