In just a few short years, Ken Miller has stormed through the ranks of comedy. He is now touring as a headliner and is one of Florida's funniest comics.

Ken was just crowned the winner of the first-ever Steve Harvey Standup Spotlight Comedy Competition in 2019. More than 1,000 comedians from around the world submitted videos to the contest. "I know funny when I see it," said Steve Harvey about his decision to handpick Ken as the Grand Prize Winner. Steve also gave Ken his stamp of approval by saying his comedy has rich, relatable material.

In 2013, Ken won the Florida's Funniest Comedy Competition, beating out more than 200 comics. Ken has also competed in The Great American Comedy Festival, The World Series of Comedy in Las Vegas, The American Black Film Festival Comedy Wings Competition, and The Laughing Skull Comedy Festival. Ken made his TV debut on NICKMOMs, MOMS NIGHT OUT on NICKJR.

In 2019, Ken was featured at the Big Pine Comedy Festival and the Oak City Comedy Festival. Originally from a big family in Greensboro, NC (he's #8 out of 11 kids), this former US Army veteran now resides in Orlando, FL with his wife and his two and a half kids (ask him about it). Ken was born for comedy. His show is guaranteed to make you laugh or he will pay for your first drink.

Marco Island Center for the Arts brings a wide variety of arts to its community through art exhibitions, engaging educational programs for adults and ... 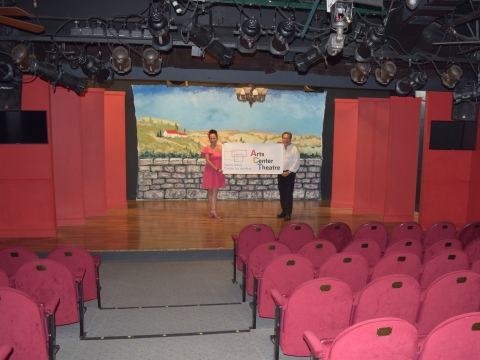