The parade route encompasses the entire Isles of Capri
FL 34113 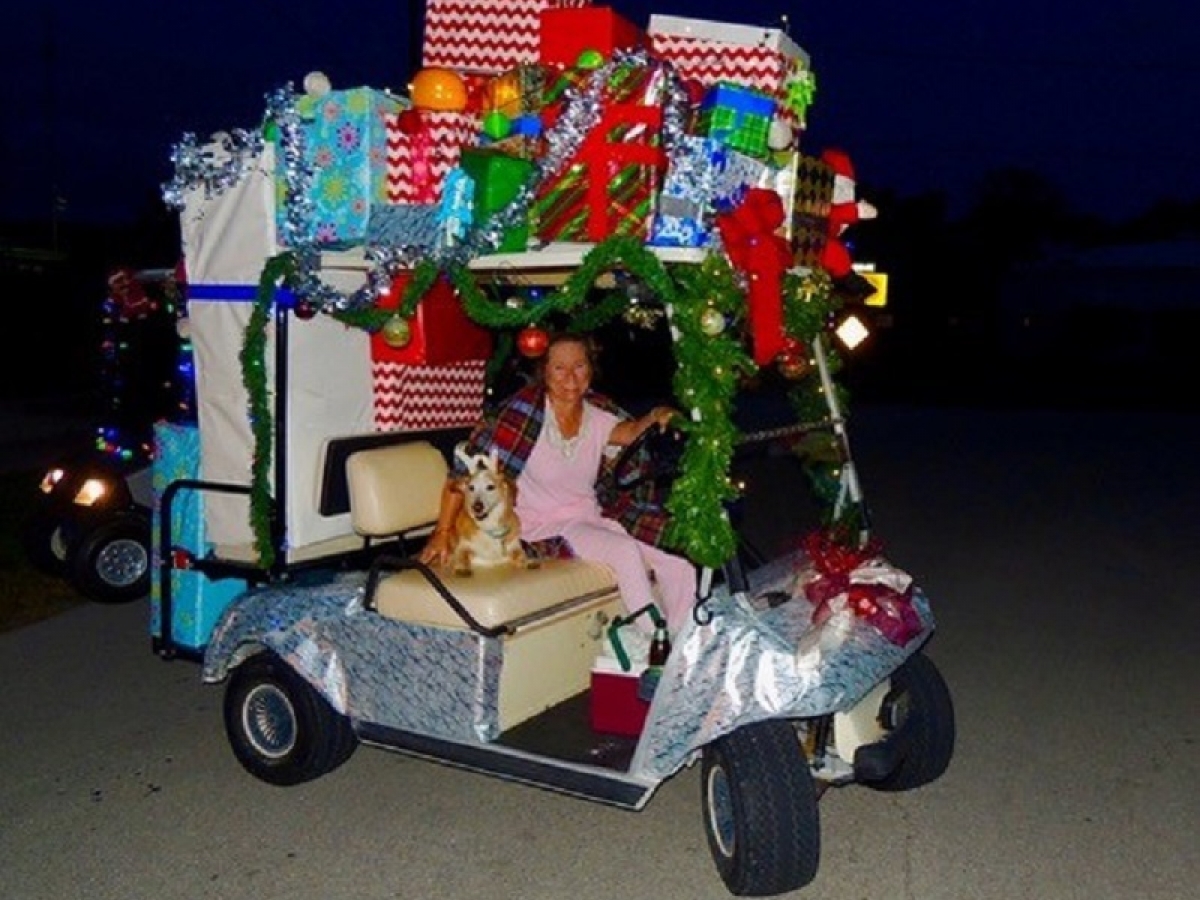 This December 24th, Christmas Eve, will mark the tenth anniversary of what has become Southwest Florida’s must-see event and an Isles of Capri tradition, the Isles of Capri
Christmas Eve Golf Cart Parade! Come join the fun as spectators line the streets to see dozens of brightly lit golf carts parade by. The parade route encompasses the entire Isles of Capri neighborhood so every resident and guest will have a chance to view this spectacular and festive event.

The parade originated when a group of friends, with just five carts, decided to decorate them just for fun, and drive around the island on Christmas Eve sharing holiday cheer with neighbors. When we drove up and down the streets on Isles of Capri honking horns and jingling bells, a surprising number of residents came out of their houses to witness the joy of Capri’s first Christmas Eve golf cart parade. Since then, the parade has grown to almost 50 carts last year. Being on Christmas Eve, when most families are home celebrating together, the turnout of spectators has been fantastic and has continued to grow with lawn chairs lining the streets.

So make your Christmas really special and come join the fun. The Isles of Capri Christmas Golf Cart Parade starts at dusk (6:15 p.m.) at San Juan Avenue near the big Isles of Capri sign. The parade lasts 1.5 hours.