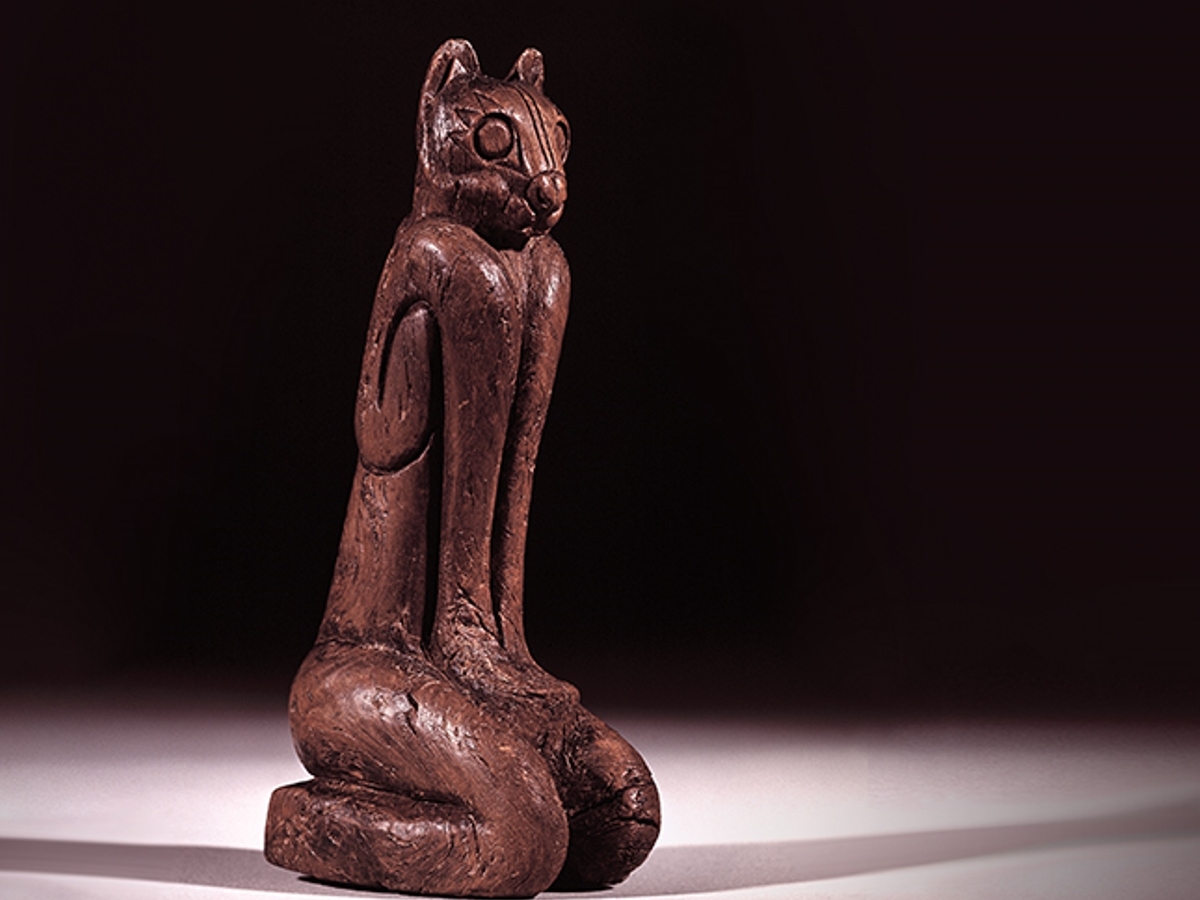 After traveling through time and space to return to its birthplace on Marco Island in Southwest Florida, the world-famous Key Marco Cat will remain at home for quite awhile longer. Visitors to the Marco Island Historical Museum (MIHM) now can view the enigmatic feline through April 2026.  An unprecedented five-year loan extension by the Smithsonian Institution's National Museum of Natural History continues the original 2019-2021 loan for another five years. This is the longest period of time that the Key Marco Cat has been on loan to any other institution ever. Carved from native hardwood, the Key Marco Cat was created some 500 to 1,500 years ago by Southwest Florida's early Calusa people or their Muspa ancestors. For the first time since its discovery, it is reunited with other rare pre-Columbian artifacts discovered on Key Marco in 1896 during a Smithsonian sponsored archaeological expedition led by archaeologist and anthropologist Frank Hamilton Cushing. This expedition produced some of the greatest discoveries in the history of North American archaeology. Because they were buried in an oxygen-free layer of muck, the rare wooden objects were astonishingly well preserved. Many began disintegrating upon exposure to the air. However, expedition artist Wells M. Sawyer recorded their original details and colors in field photographs and watercolors. Surviving artifacts and field recordings provide extraordinary insight into the lives of the Calusa Indians who dominated Florida's Southwest Coast and controlled South Florida when the Spanish arrived in the 16th Century. Since their discovery, the returning Key Marco artifacts have been preserved by the Smithsonian and University of Pennsylvania (UPENN).