Information on the tropical resort paradise of Marco Island 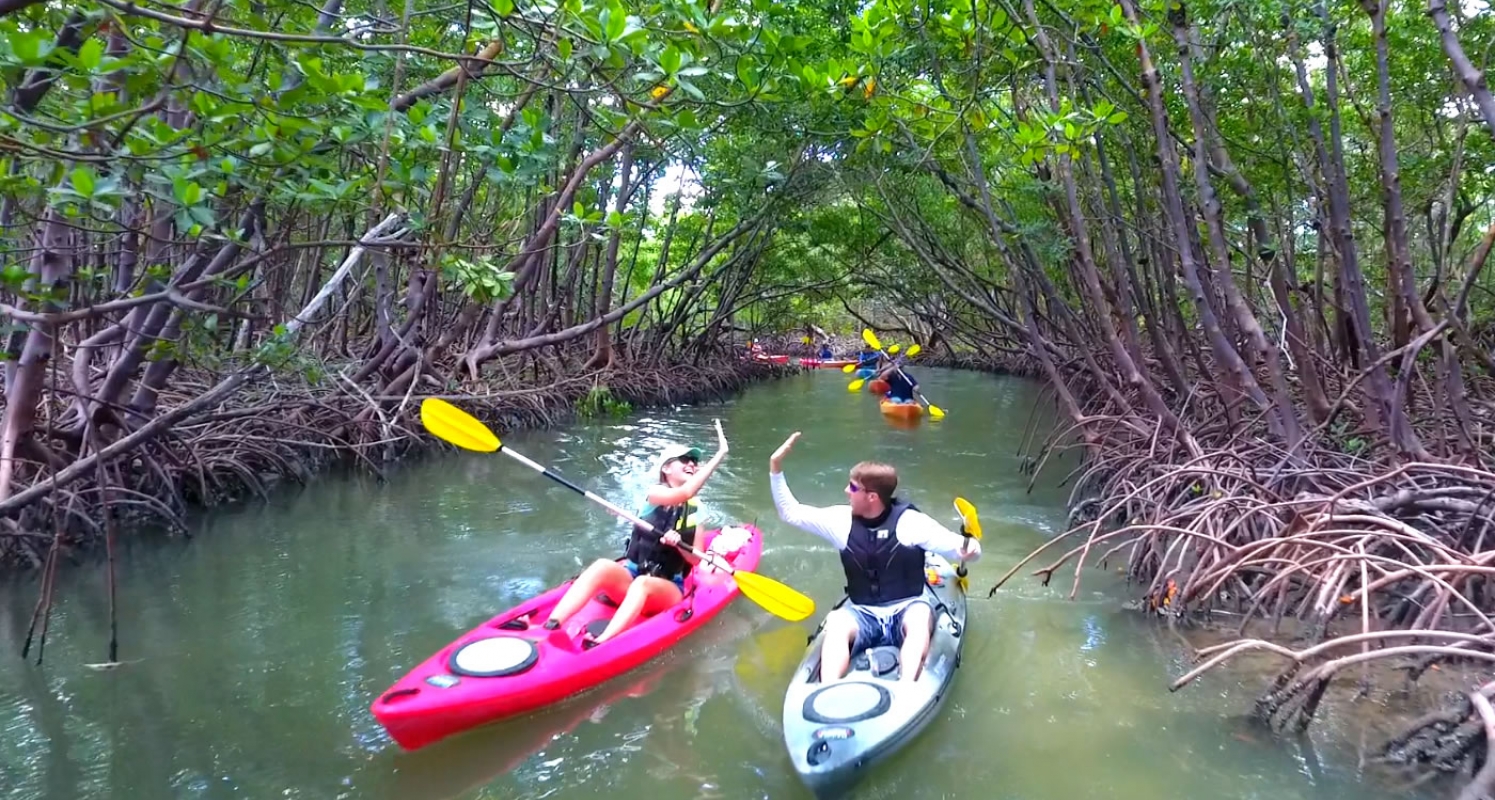 Marco Island, the largest of the Ten Thousand Islands, is located at southern tip of Florida's Paradise Coast. A beachfront paradise located just north of the Gulf Coast entrance to Everglades National Park and 15 miles south of Naples, the island is surrounded by the Gulf of Mexico on one side and pristine mangrove estuaries on the other.

Marco Island is home to some of the world's most beautiful beaches and offers world-class golf courses nearby, shopping and dining on Marco Island and in nearby Naples, the world famous Everglades National Park immediately adjacent, and immediate access to both the Gulf of Mexico and the mangrove-lined estuaries of the Ten Thousand Islands for shelling, fishing, boating, bird and wildlife watching, kayaking and canoeing.

Backcountry fishing is very popular around Marco Island and fishing enthusiasts reel in plenty of snook, tarpon, redfish, trout, pompano and many other species. Experienced guides are readily available for fishing excursions from Marco Island, Chokoloskee, Everglades City, Goodland and other nearby areas and include backcountry flats fishing and deep-sea charters into the Gulf of Mexico for grouper, kingfish and snapper.

Marco Island and the Naples area offers great with several courses located nearby including Marriott's The Rookery at Marco - the JW Marriott Marco Island Beach Resort's newly redesigned course that also features the Faldo Golf Institute instruction program. There are many nearby courses in Naples easily accessible to Marco Island.

Marco Island is well known in archeological circles as an important center of early American civilization, based on priceless artifacts recovered there dating back to the Calusa Indians.

A dozen key historic markers across the island chart Marco Island history, including one the most historically significant archeological excavations in North America. At this site, archeologists have unearthed artifacts found to be more than 3,000 years old, including the priceless Key Marco Cat sculpture, now located at The Smithsonian. Other historic markers placed around the island identify ancient burial mounds, island marinas, an 1883 historic inn, remnants of the Caxambas Clam Colony, the remains of the Marco Island Witch Watchtower and more. Marco Island Trolley Tours are hosted by knowledgeable and entertaining guides who not only know the history of Marco Island but who also have a pulse on current events and activities visitors can enjoy after the tour.

Conveniently located just a few miles off the island is Naples Outlet Center, with more than 40 stores offering designer clothing and shoes, books and house wares at discount prices. The Marco Island Center for the Arts has a free gallery that includes a gift shop selling locally produced art pieces. Naples is just a short drive away with many shopping destinations including the downtown Fifth Avenue South and Third Street South shopping districts, along with Tin City, the Village on Venetian Bay, Coastland Center Mall and Waterside Shops, with its many luxury stores.

For laid-back waterfront ambiance, Stan's Idle Hour Seafood Restaurant in the village of Goodland offers fresh seafood daily and unique entertainment every Sunday afternoon. From 1-6 pm, enjoy Stan's unique humor as he performs many of his locally popular novelty songs, along with a country band, a fashion show from the Island Woman boutique and a casual menu including seafood sandwiches. Nearby, the Little Bar Restaurant in Goodland serves up fresh Florida seafood and steaks along with live entertainment in the lounge.

The luxurious Marco Beach Ocean Resort offers 98 one and two-bedroom suites, a spa and rooftop swimming pool overlooking the Gulf of Mexico.

The JW Marriott Marco Island Beach Resort is a destination in itself, with 727 rooms and extensive resort activities, children's programs and facilities.

This resort has just emerged from a $200 million renovation including a spectacular Balinese-themed spa, a new pool, new meeting facilities and room enhancements.

The Olde Marco Island Inn & Suites, dating back to 1883, is a historic retreat that is regarded as one of the most romantic in Southwest Florida. The original Inn, located on a former Calusa Indian shell mound, now houses the reception area and restaurant, with both indoor and courtyard garden seating. The Inn features 51 new one and two bedroom, two bath suites decorated with a tropical flair, within walking distance of shops and some of the island's favorite restaurants and waterfront bars.

The Marco Island Executive Airport offers private jet service and charter flights to and from nearby international. Southwest Florida International Airport is located 45 minutes north in Fort Myers. The airport's new Midfield Terminal offers greatly expanded air service, including daily flights on Southwest Airlines. Marco Island can be reached from Orlando, Miami, Fort Lauderdale and Palm Beach via I-75, also known as Alligator Alley; or from Miami via U.S. Highway 41, also known as the Tamiami Trail, designated as a U.S. Scenic Byway and a Florida Scenic Highway. Marco Island is convenient to Naples, with a wealth of shopping, dining and cultural opportunities, as well as Everglades National Park, Everglades City and a number of state and federal nature preserves and parks nearby.

Fall for Fun at the Annual Stone Crab Festival

How to Spread Holiday Cheer in Naples and Marco Island