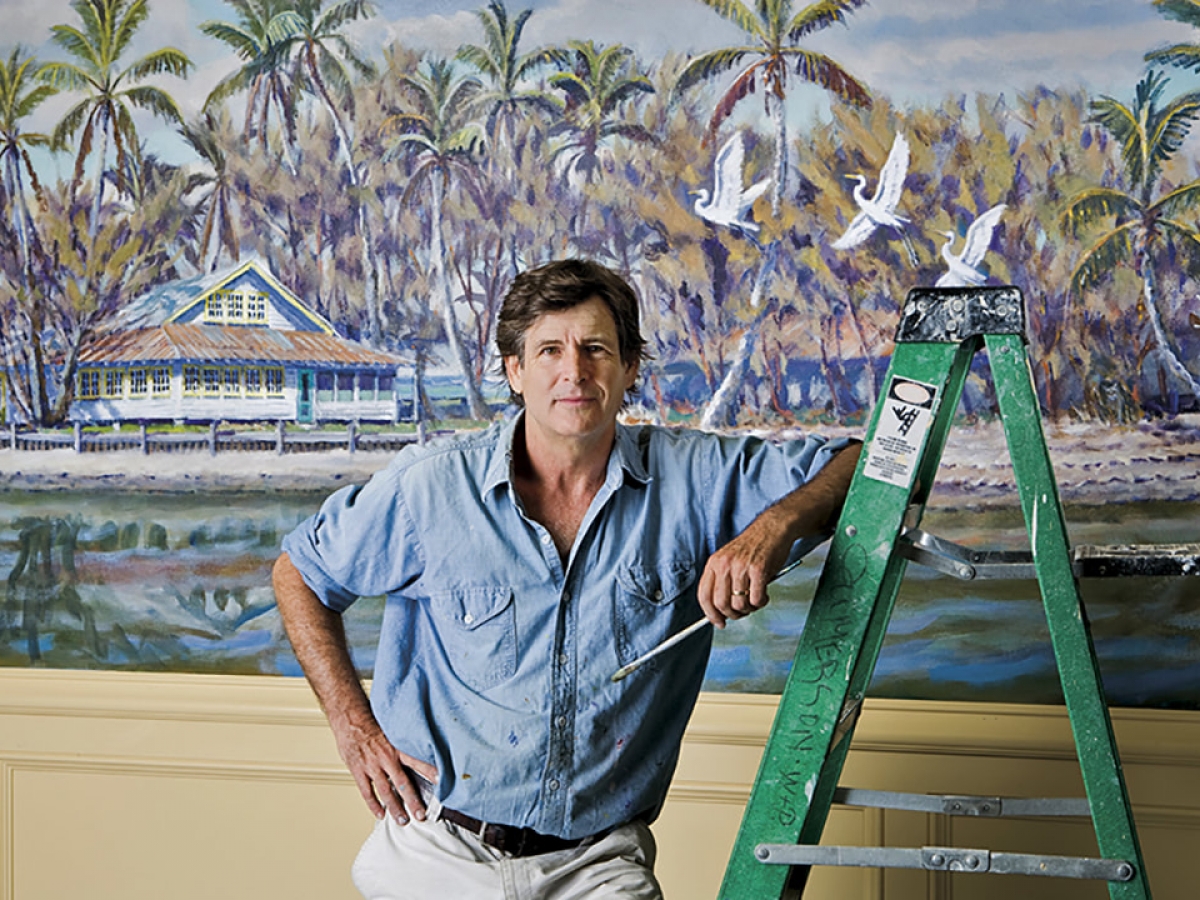 Arsenault Studio & Banyan Arts Gallery in Naples, Florida features paintings by contemporary impressionist Paul Arenault who has lived and painted in Naples since 1974. The name "Banyan Arts" reflects the century-long history of prominent visitors who have stayed at the Arsenault enclave under the canopy of Naples' oldest banyan tree. Through the years, these luminaries have included Emil and Robert Gruppe, Robert Frost, John Ruthven, Richard Segalman, James P. Kerr, and many others. In addition to revolving exhibits, the gallery which boasts seven showrooms, is also an ideal venue for receptions, openings, lectures, and fundraisers. ​In addition to Arsenault's work, Banyan Arts Gallery is currently representing artists James P. Kerr, Jerry Rose, Shawn Scott, Mary Parkman and landscape photographer Clyde Butcher.

Paul Arsenault's vibrant and widely collected paintings reflect a rhythm and pattern that distinguish his easily recognizable style. His lifelong pursuit to paint contemporary life in coastal communities is enhanced by his passion for history and his natural storytelling ability. His paintings are available at his gallery in Old Naples and at his Old North Wharf studio on Nantucket, where he is in residence August and September.

A native of Montreal, Paul Arsenault grew up in Hingham, Mass., where his love for the sea and travel emerged. Following his graduation from the Art Institute of Boston in 1973, he began a 6 month stint as a deckhand on a research vessel. He signed off in Florida in 1974, and began his professional painting career. With Naples as his base, he has embarked on painting trips to the Caribbean, Central and South America, Asia, the South Pacific, Indonesia, Australia, Hawaii, and Europe. Paul's early exposure to and knowledge of working ports and exotic harbors, combined with his talent for zeroing in immediately on the essence of a place, have made him a popular choice for commissions requiring extensive yet efficient travel. Paintings from these trips hang in public places and private and corporate collections around the world.

Along with travel, annual fundraising shows in Naples and Nantucket have been a hallmark of his career, and since l983, these have benefited a variety of non-profit organizations devoted to health, environmental protection, and historic preservation. For more info, please call (239) 263-1214.