Brooklyn Dough with a Hole 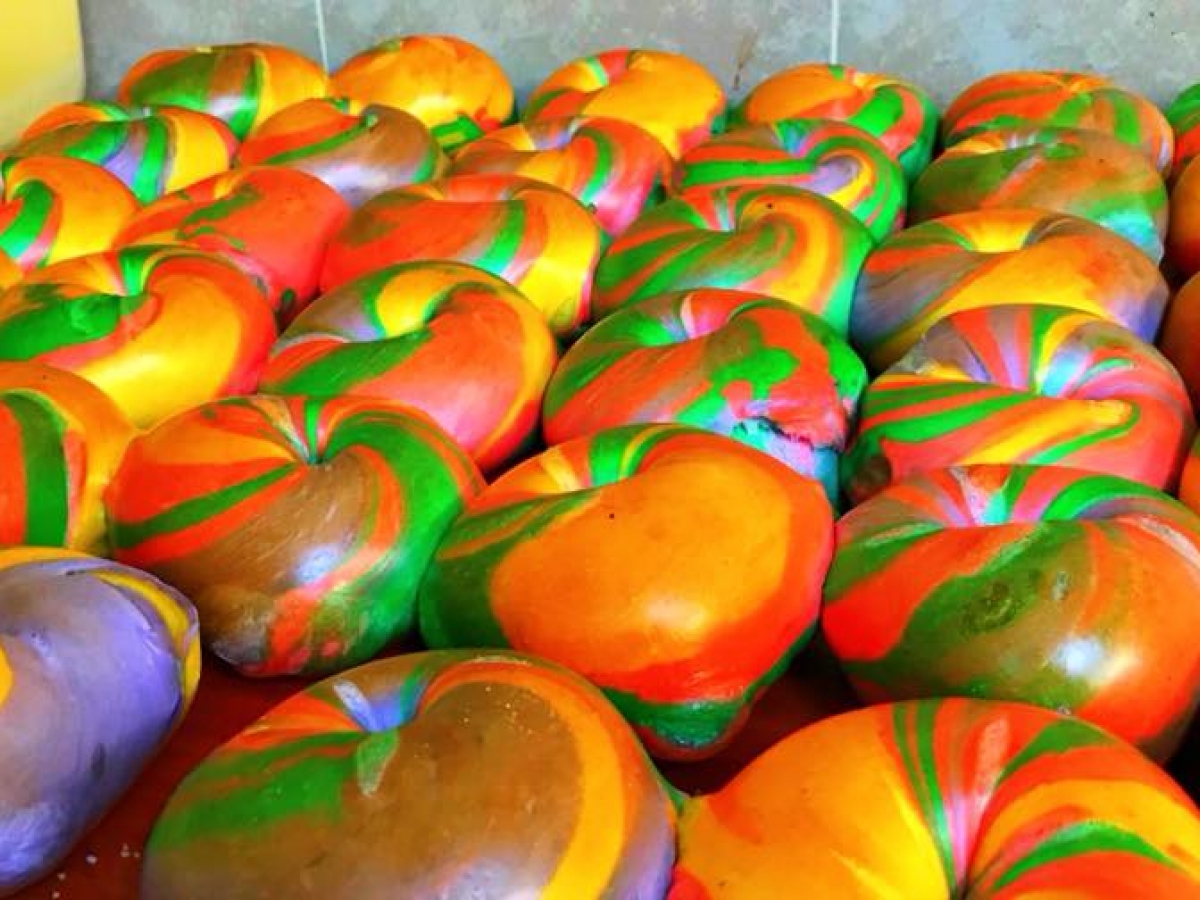 The History of Bagels 1880s -- Hundreds of thousands of Eastern European Jews emigrated to America, bringing with them a love for bagels. New York City vendors used the bagel's hole-in-the-middle shape to their merchandising advantage by threading them onto dowels and selling them on street corners throughout the city. 1907 -- The International Bagel Bakers Union was f...ounded in New York City. Only sons of union members could be apprenticed to learn the secrets of bagel baking in order to safeguard the culinary art. 1927 -- Polish baker Harry Lender opened the first bagel plant outside New York City in New Haven, Conn. The bagel's popularity began to spread in the United States. 1960s -- Bagel production skyrocketed as machines capable of producing 200 to 400 bagels per hour were popularized and the tradition of hand-forming bagels virtually vanished. 1987 -- Bagels made their way into mainstream America, sold around the country in grocery stores and listed as standard items on fast food menus. 1988 -- Americans were eating an average of one bagel per month. 1993 -- American bagel consumption doubled to an average of one bagel every two other day