Showtime at the Sugden Community Theater in Naples

When you think “community theater,” what comes to mind? 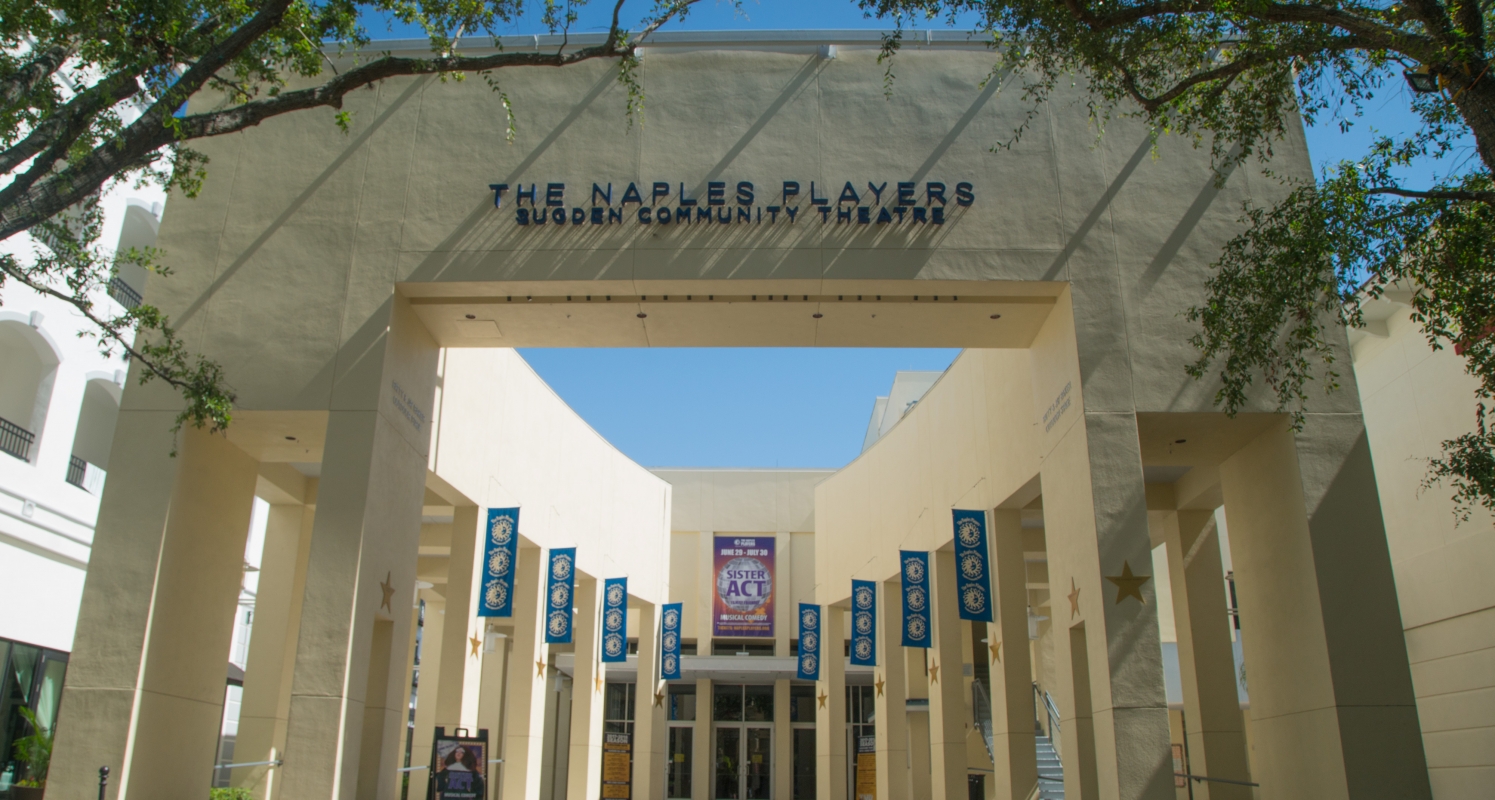 Experience Naples Theater With the Players at Sugden

Chances are it’s nothing like The Naples Players. Rather than putting on shows in a high school gym or converted strip-mall space, this nonprofit theater troupe operates out of a gorgeous building right on Naples’ main drag. The Sugden Theater is a two-story, state-of-the-art building set back from 5th Avenue South, nestled among the city’s fine restaurants and shops.

The Sugden features a 326-seat, European-style auditorium with an expansive stage and an orchestra pit that can house up to 18 musicians. The facility also features a smaller “black box” theater for more intimate productions, as well as all the infrastructure — lights, dressing rooms, shop area, an expansive costume collection and more — needed to run a top-notch theater company.

Just to remind you — this is a community theater. “I like to think of us as a professional theater without the Equity,” says Artistic Director Bryce Alexander, referring to the actors’ union that rules professional theater in the U.S. “I’ve had a lot of people say that our productions are on par, or better, than they’ve seen on Broadway.”

He says this with a note of hesitation, knowing that such a statement can be construed off as boastful, or even delusional. And right about now, you’re probably getting skeptical.

A Hive of Activity

On a toasty late afternoon in July, when most community theaters in Florida would be dark, the Sugden was a hive of activity. About 20 youngsters in the KidzAct program were working on their craft in the black-box space. A group of high-schoolers was rehearsing on the main stage. At 6 p.m., they made way for the actors appearing in that night’s performance of the popular musical Sister Act. The choreographer fine-tuned some of their dance steps; the stage manager issued pre-show instructions and reminders. The mood was buoyant, probably the result of yet another in a string of sold-out shows at the Sugden.

That night’s Sister Act was a marvel. The cast of 49 sang, danced and acted with consummate professionalism. All that was missing were their union cards. The Naples Players brings in directors from around the country — again, a rarity for community theater. A lot of the behind-the-scenes contributors and regular performers in the troupe possess serious theater credentials, and have relocated to Naples.

The Naples Players has also become an incubator for young talent. A few alumni have moved on to major touring shows.

Erica Sample started performing with the Naples Players at age 6. She attended the American Musical and Dramatic Academy in New York for two years, then earned her Bachelors of Fine Arts in Los Angeles. Now she’s back working and teaching at the Sugden, for the time being. “This place taught we what it’s like to be a pro,” she says. “They shaped my talent into something I can use and have a career.”

So how does a beach town with a population of about 22,000 in southwest Florida spawn such a thriving arts organization, one that’s among the most admired theater companies in the country? As is often the case, the Naples Players come from humble beginnings and were helped immensely by several prominent local families that became financial angels of the arts.

The company formed in 1953 with membership dues of $1. They staged their first play, I Remember Mama, at Naples High School on a budget of $35. The Naples Players grew quickly, and over the years endured the ebbs and flows that result from up and down economies. The company moved into its first permanent home, a converted movie house, in 1985.

In the mid ‘90s, an urban planner was hired to revitalize downtown Naples. His analysis recommended emphasizing the arts. The City Council got on board and a major fundraising campaign was launched. The city arranged to issue $3 million of municipal bonds to build the Naples Players a new home. Those bonds were never needed. Several couples came forward — the Bakers, the Blackburns, the Sugdens — and stroked big checks. The troupe landed $1.5 million in grants from the State of Florida. In 1998, the debt-free Sugden Community Theatre opened with Me and My Girl.

The last two decades have seen nothing but growth. Today, the Naples Players stages more than 220 performances a year, has a subscriber base of over 4,000 and reaches more than 600 children annually with their youth programs. Along the way, they have presented such crowd-pleasing musical spectacles as My Fair Lady, Catch Me if You Can and others, as well as more serious plays.

“Our programming has a wide range, from Broadway musicals, to classic drama, to comedy and edgier material,” Alexander says. “We use material that entertains and challenges, causes great conversations and the community-building that comes from it.”

Naples Nightlife at this Trendy Beach Destination near the Everglades

Craft Beers Pour into the Paradise Coast with Each Naples Brewery