From paddling to beachcombing, the Paradise Coast tantalizes outdoor enthusiasts with miles of natural thrills. These wild spaces are home to colorful birds, playful dolphins and much more. 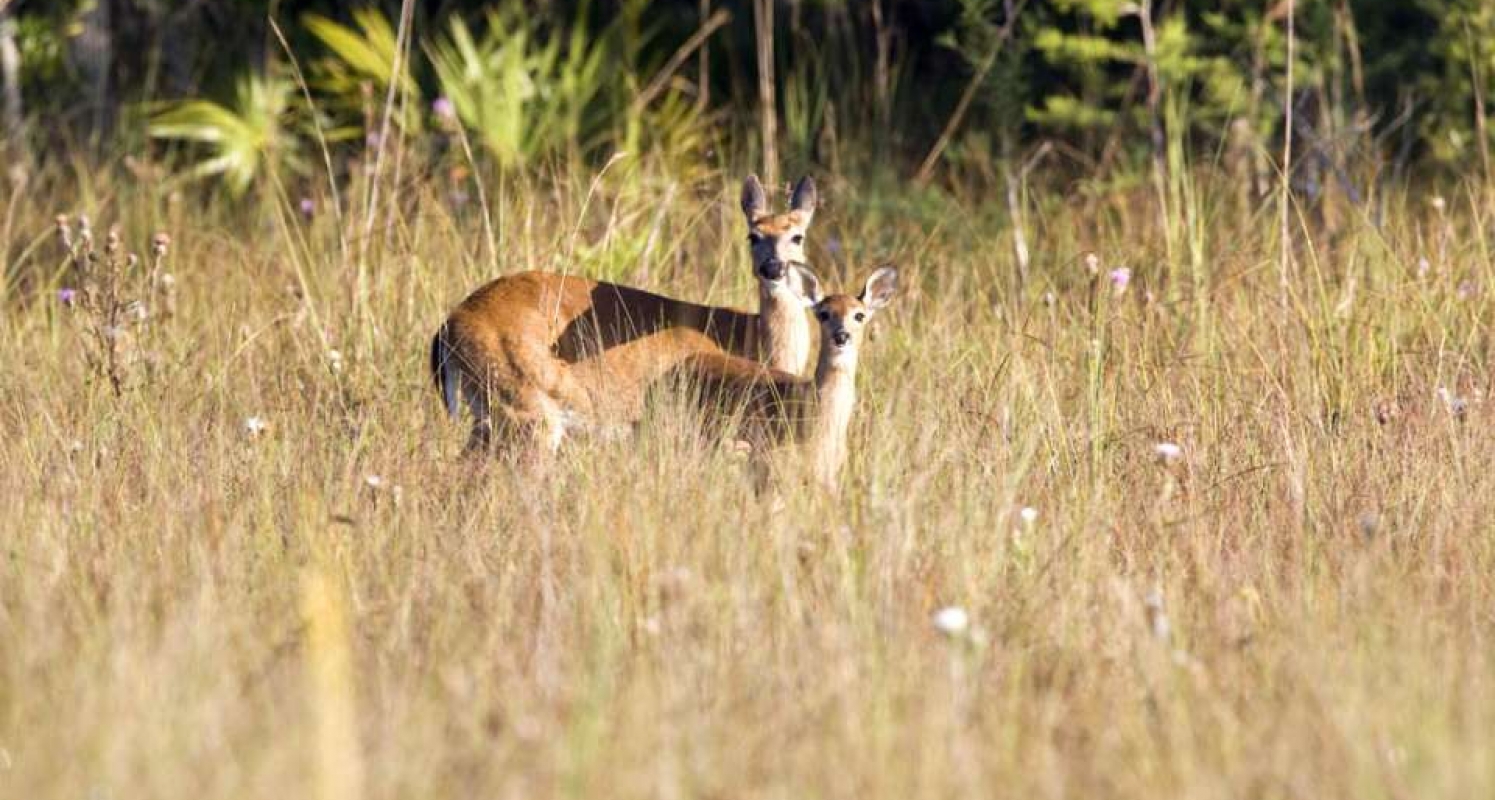 There's a good reason it's called Florida's Paradise Coast. More than 80 percent of Collier County in southwest Florida, which encompasses Naples, Marco Island and the western side of the Everglades, is designated as parkland and nature preserves. The beachside communities are surrounded by tranquil tropical forests, islands and estuaries, which provide safe habitats for hundreds of species of birds, fish and mammals.

In other words, it's impossible to experience all Florida's Paradise Coast has to offer by staying inside. Pick your favorite pastime and read on to find the perfect spot for an outdoor adventure within this scenic, wildlife-rich region along the Gulf of Mexico.

About 200 species of birds have been spotted in the area, earning it several notations on the Great Florida Birding Trail. Hotspots include:

Audubon Corkscrew Swamp Sanctuary is a wood stork breeding ground and the local gateway for the birding trail.

Tigertail Beach on Marco Island has tidal pools that provide food for osprey, and its northern sands give shelter to threatened species such as the piping plover.

Did you know? In birding lingo, "fallout" means the sudden arrival of large numbers of migratory birds that descend on a given locale as a result of meteorological or seasonal forces.

Sea Excursions' 10,000 Islands Dolphin Project, the only ongoing study of wild dolphins in southwest Florida, allows visitors to become a daily part of their scientific research team. The ecotours cruise the Gulf waters around Marco Island on the Dolphin Explorer. When a bottlenose dolphin is spotted – with your help – it's photographed, its location and behavior are recorded, and the pictures are immediately downloaded and printed on the boat. An on-board naturalist gives lessons in identifying the area's playful residents by their distinctive dorsal fins. The three-hour trip also stops on a barrier island beach such as Keewaydin for shelling. Added bonus: from May to September, manatees often pop up en route.

Did you know? Dolphins squeeze in about eight hours of slumber a day. They accomplish this with short naps and only shut down half of their brain at a time so that they remain alert to predators.

The Paradise Coast Blueway provides a GPS-coordinated network of paddling routes through the cypress, mangroves and Gulf waters that hug the area's shoreline, creating a template for adventurous day trips or overnight camping on uninhabited islands.

Did you know? Sandfly Island, within paddling distance of the Everglades National Park Gulf Coast Visitor Center, is actually a 75-acre shell mound constructed by Native Americans more than 2,000 years ago.

If self-propelled touring isn't your cup of tea, sit back and let one of the area's boat captains handle your Paradise Coast navigation. Everglades National Park runs daily trips into the mangrove wilderness from its Gulf Coast Visitor Center. Florida's toothy denizens make regular appearances on the Airboats and Alligators tours of Lake Trafford, northeast of Naples. Numerous fishing charters carry anglers into the Gulf to land grouper and permit, or patrol the backwaters for redfish, tarpon and sea trout; the Ten Thousand Islands area of Everglades National Park ranks among the top fishing grounds in the state.

Did you know? The mangroves and sea grass beds of the Ten Thousand Islands act as a nursery for many of the area's fish.

White-sand beaches dot the coast, creating postcard-worthy backdrops for everything from shelling expeditions to romantic sunset walks. Within the last five years, Naples Beach landed on Conde Nast Traveler's list of the "20 Best Beaches in America," and took home top honors from the Travel Channel, which called it "America's Best All-Around Beach."

Did you know? Horseshoe crabs would do well on "Survivor." These kin of spiders, which can be found at Tigertail Beach, have remained virtually unchanged for 250 million years and can go a year without eating.

Top Things to See and Do at Tigertail Beach