This beautiful and elusive flower, immortalized in film and literature, grows right here in the Paradise Coast (and almost nowhere else). 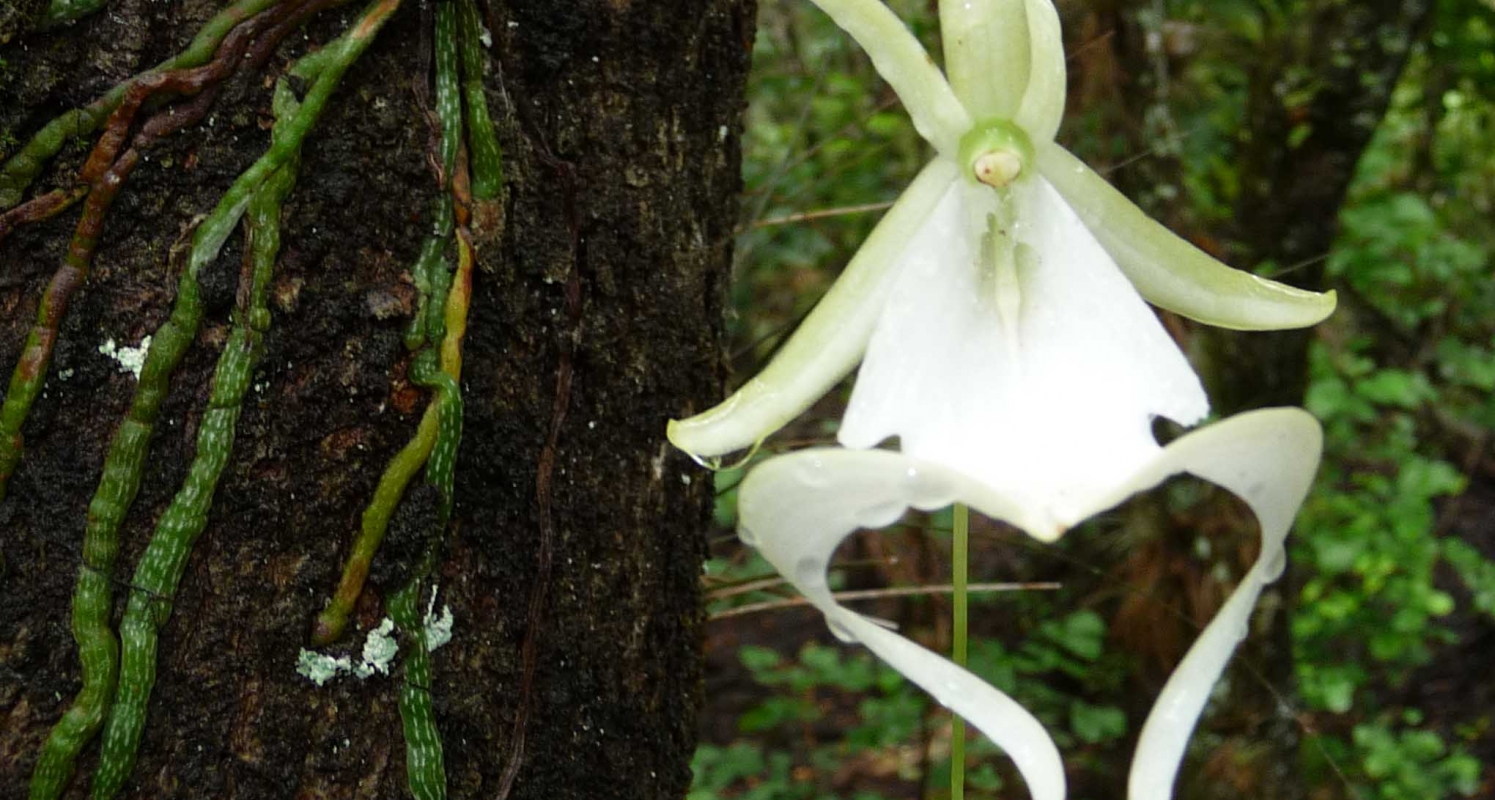 The Fakahatchee Strand Preserve State Park became nationally famous following the release of Susan Orlean's book The Orchid Thief. The book examines the life of orchid "poacher" John Laroche, who was arrested in 1994 for taking indigenous orchids out of the Fakahatchee with three Seminole Indians. In 2002, the book was turned into the movie Adaptation, starring Nicolas Cage and Meryl Streep.

Laroche's quarry, the stunning, incredibly rare ghost orchid, or Dendrophylax lindenii, is one of more than 40 orchids that grow deep inside the strand, a five-mile wide, 20-mile long channel through the limestone of Southwest Florida. Fronds of endangered ferns and more than 5,000 Florida royal palms drape over old logging roads and line the Big Cypress Bend Boardwalk.

Florida black bears, Florida panthers and white tail deer are just a few of the many creatures that call the preserve home. Alligators, including baby specimens, are abundant at the terminus of the trail. In addition to the boardwalk, located on Highway 41 just west of Highway 29, visitors can also experience the wonders of the Fakahatchee by taking a guided canoe trip or swamp walk offered October through March.

Expand Your Environmental Knowledge and Get Involved