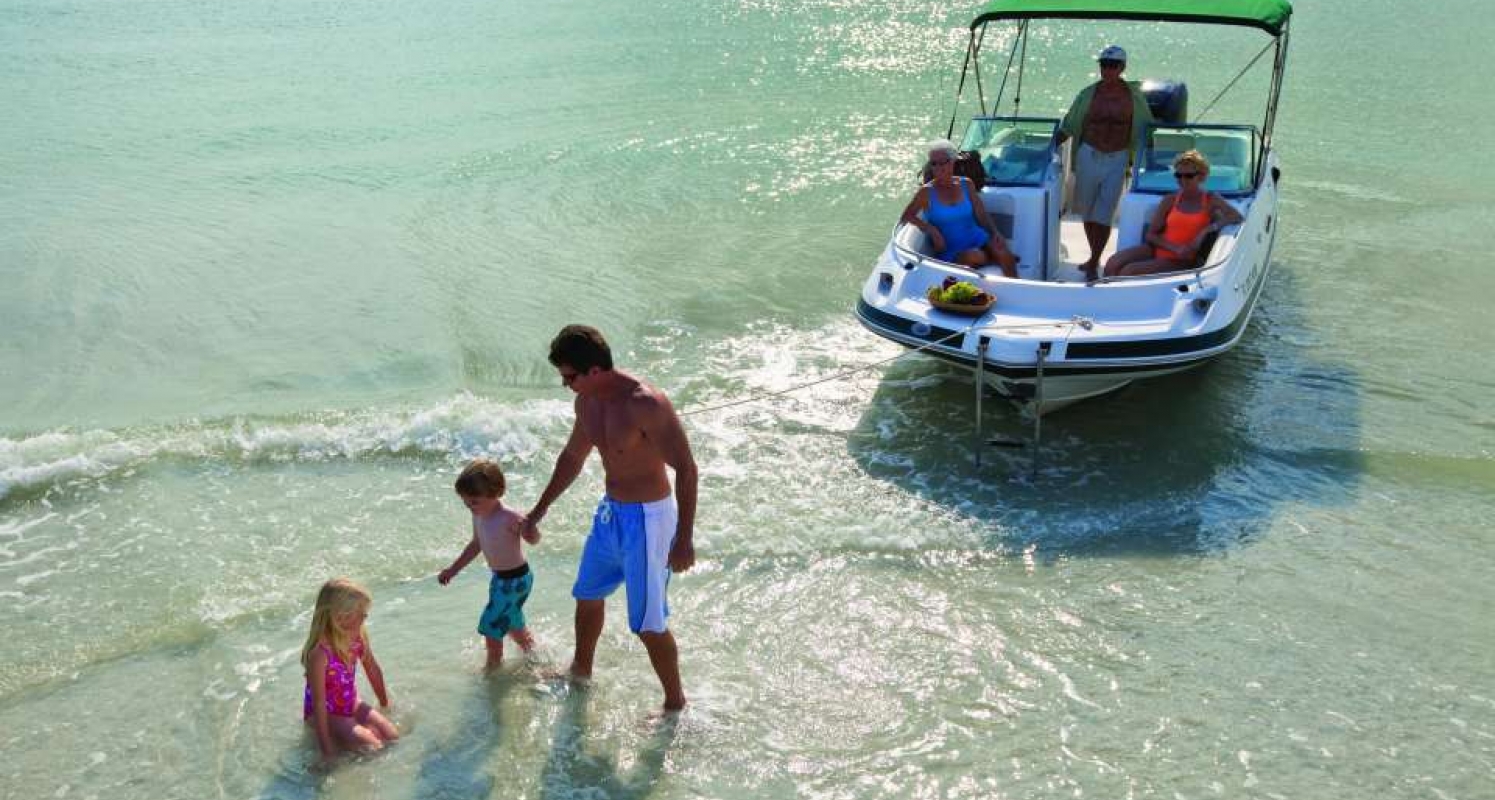 My son Aaron, at age 8, HAD to have the fried alligator and frog legs. His lunch order at Rod & Gun Lodge in Everglades City had "wait till I tell my friends" written all over it. Just think of the volley of cools peppered with an occasional ewww that it would elicit.

Of course, there would also be stories to tell about the gators we saw swimming alongside Tamiami Trail in the Everglades, not to mention the manatees, roseate spoonbills and lemurs we'd seen on our trip to Florida's Paradise Coast.

Yes, lemurs. No, not in the wild. For in addition to the region's rich native wildlife populations, Naples, Marco Island and the Everglades – long a secret of savvy family travelers – has a cool zoo, awesome beaches and informed resort programs that introduce kids to an entirely different world from back home.

Kids don't have to settle with seeing cartoon animals of Madagascar on the big screen when they can see the real thing at Naples Zoo. Its primate islands are home to cute, fluffy-tailed Madagascar lemurs, along with monkeys and apes. Visitors can watch their antics aboard the Primate Expedition Cruise, while a nearby exhibit tells more about Madagascar's unusual creatures past and present.

The zoo is home to a pair of endangered Madagascar fosas, the largest of Madagascar's mammalian predators. And the Naples Zoo is the only zoo in the Southeast United States where you can see them.

Naples Zoo is just one of many outdoors attractions in the area. With ideal weather year-round, Naples is a natural for reconnection with family through the great outdoors. To learn more about its Everglades environment and awesome wildlife, visit the Conservancy Nature Center's exhibits and live animals and Rookery Bay Environmental Learning Center's hands-on displays. On Fridays during the summer, admission at Rookery Bay is free for kids ages 12 and younger when accompanied by an adult.

And just for the outdoors fun of it, Naples' small amusement parks are right-sized for little ones. Splash down at Sun-n-Fun Lagoon water park. Coral Cay Adventure Golf and a couple of skate parks keep kids active and breathing fresh air.

Hundreds of species of birds, alligators, manatees, dolphins and incredible fish find refuge in Florida's Paradise Coast habitat, and the best way to see where they live is on a nature tour. Some, such as Manatee Sightseeing Adventure, specialize in one creature – but that's not all you'll see. Everglades National Park leads boat and paddling tours into waters teeming with wildlife both above and below (call for schedules). Local charters zip you across shallow water on airboats, vessels designed for Everglades travel back in the frog-hunting days.

Nearly any kind of boat trip you take will bring you into contact with finned, feathered and furred creatures. Marco Island offers a number of fishing, sailing and shelling excursions from its marinas. It and Naples are also known for their beaches, where shorebirds peck the sand and pelicans swoop and dive for a beak-full of fish. The best beach wildlife-watching is at Marco Island's Tigertail Beach. At Delnor-Wiggins Pass State Park in Naples, rangers lead free programs that teach about the beach's most spectacular creatures, loggerhead sea turtles.

Local resorts also run their own kid-centered programs that not only give mom and dad a break, but also teach impressionable minds about the importance of nature and local flora and fauna.

At JW Marriott Marco Island Beach Resort, the Tiki Tribe program divides families into Shellfish and Fin Fish groups to explore the beach for seashells and to seine-net the shallows for live marine animals.

Kids Club at Naples Grande Beach Resort takes its charges to the beach and estuary to meet local critters. And during the summer, kids ages 10 and younger eat free at the resort with the purchase of an adult entrée.

Naples Beach Hotel's Beach Club 4 Kids program is free to kids ages 5 to 12. Treasure hunts, beach safaris and sandcastle-building get them out on Naples sugar-sand beach.

Get Easy Access to Nature With Trails, Boardwalks and Viewing Areas