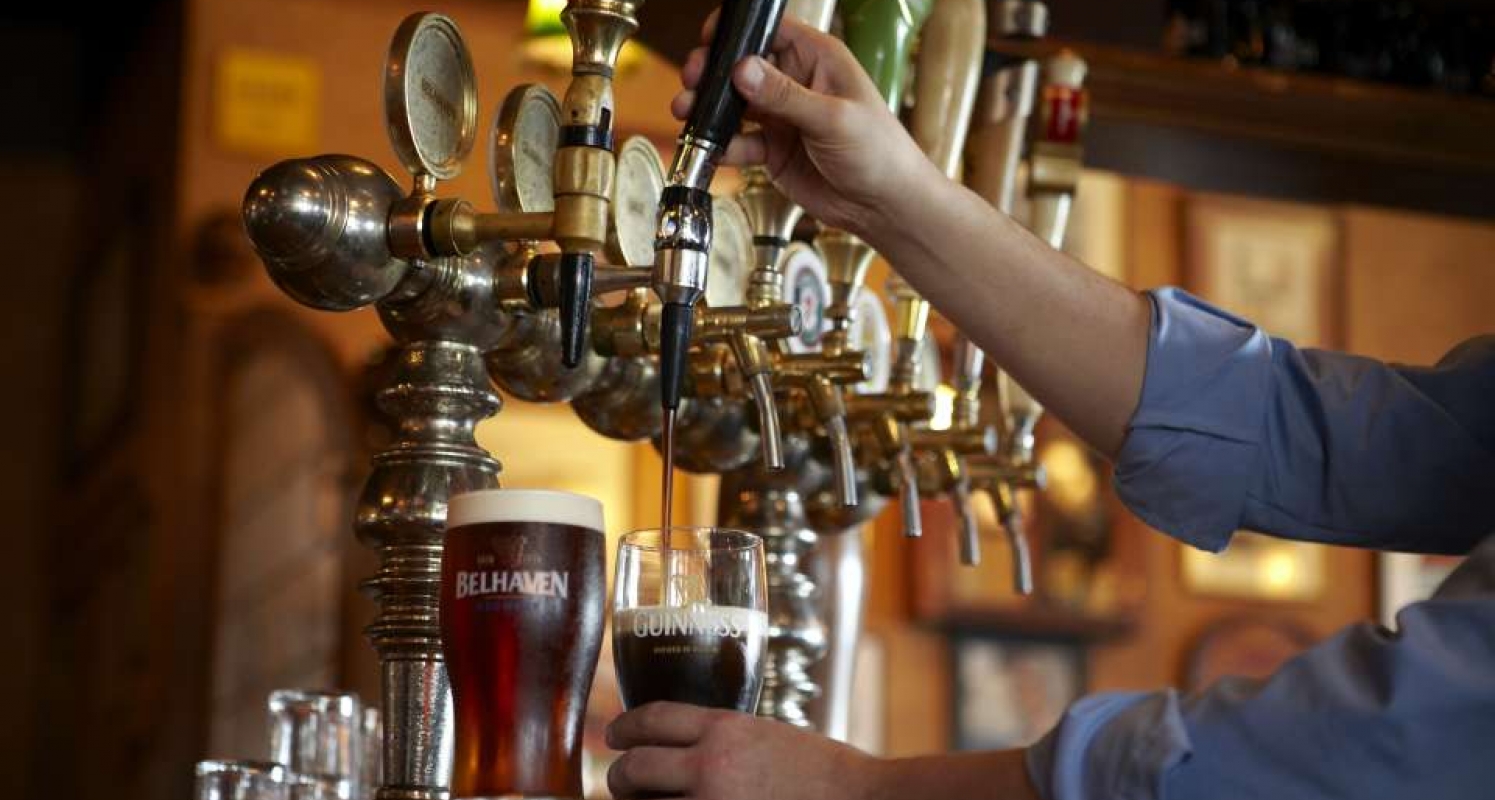 While the Naples, Florida area is known for great golf, beaches and resort getaways, there’s a lot to be said for the city’s emerging nightlife scene.

Entertainment districts that host family-friendly shopping and dining during the day, like Fifth Avenue South and Third Street South, double as after-dark hot spots serving up hand-crafted cocktails and dance-worthy live music. If watching the orange sky with a tropical pick-me-up in hand is more your style, you’re in luck. Marco Island serves up a selection of laid-back beach bars and tiki huts – all of which showcase local bands and day-to-evening action with a view.

With its hip yet intimate tavern-style atmosphere, this downtown Naples neighborhood eating bar welcomes wine enthusiasts, beer drinkers and foodies alike. Bar Tulia pays homage to hidden gems from small wineries and craft breweries, both locally and abroad, while offering an all-evening food menu in the coolest surroundings. Open until after midnight almost every day, Bar Tulia serves classic yet modern pub fare with an Italian rustic twist to satisfy the palate of the discerning late-night crowd.

Authentic Dublin flavor meets happy hour heaven at Paddy Murphy’s Irish Pub. With Guinness on tap, live music gigs and Ladies Night every Wednesday, Paddy’s is a lively favorite for the late-night crowd. The only establishment on Fifth Avenue South in Naples open until 2 a.m., this is the rowdy big brother to other area bars and restaurants.

With an ever-changing menu featuring fresh, local and artisan suppliers, 7th Avenue Social puts a focus on offering hand-crafted food and drinks. Here, the comfortable ambience is accentuated by eclectic décor, live music and a loyal clientele. It’s also one of the only late night spots in the City of Naples open until 1 a.m. every night. Stay out too late? Not to worry, 7th Avenue Social also has its “Bangin’ Brunch” every Sunday from 11 a.m. – 3 p.m. to refuel after any late night soirees.

Yabba Island Grill is the spot on Fifth Avenue South for a casual, fun island atmosphere and flavorful Floribbean cuisine that won’t break the bank. Sip and savor after a day in the Florida sun with a tropical cocktail and a signature rum tour, or explore the extensive wine and craft beer list.

The Sunset Beach Bar & Grill is the quintessential Naples nightlife spot, named the "Best Place to Catch a Southwest Florida Sunset" by the readers of Gulfshore Life, and the "Best Beachfront Bar in Naples" (especially at sunset) by Travel Channel. The Beach Bar was recently renovated to make it even better, which included expanding the bar, updating the décor and adding comfortable new furniture – big round group loungers, traditional chaise lounges, cocktail tables and chairs. And to top it all off, an open-air grill was added so you can now enjoy delicious food, live entertainment and a relaxing setting while taking in beautiful Gulf of Mexico sunsets. Join the locals for the ever-popular Sunday Night Party from 6 to 9 p.m. with live island-style music.

Rocky Patel is internationally known in the cigar-making world, and he happens to live in Naples. His very first signature cigar and fine spirits lounge is right here as well: Burn by Rocky Patel at Mercato. Patel describes Burn as an evolution in cigar lounges, featuring a design that draws on an exotic mix of Mediterranean, Asian and Cuban cultures. Burn is a sanctuary for those who enjoy fine cigars and premium spirits, along with live music. Top DJs and musicians frequent the hip late-night spot, adding to the sexy atmosphere. Menu offerings are available from the neighboring restaurants in Mercato, especially Patel’s new Cavo Lounge gastropub next door offering small plates in the evening.

Also at Mercato, The Pub offers a unique combination of British hospitality and American flair. Their gastropub-style menu incorporates brilliant pub fare with an extensive beverage selection that can be enjoyed in an authentic British pub atmosphere, creating a one-of-a-kind experience.

Naples' Blue Martini has bars both inside and out that fill up nearly every night. Live bands typically play from 7:30 to 11 p.m. followed by the house DJ spinning hits until 2 a.m. Try one of their 35 superior martinis guaranteed to excite your taste buds and elevate your spirit.

Passionate, carefree and possibly even a little reckless, your time at Little Bar Restaurant in Goodland may just go down in history. Many visitors arrive by boat during the daylight hours for some classic Everglades eats such as frog legs and stone crab claws. Come nightfall, the scene becomes more of a local party, with live music and drinking on the bayside porch or indoors. Open 7 days a week, Little Bar is open until at least midnight, or ‘til everyone is done singing. Little Bar closes the summer after the annual Spammy Jammy party in late June.

CJ’s on the Bay

Known as Marco Island’s “Best Kept Secret,” CJ’s on the Bay exudes laid-back island style at both the full-size outdoor gazebo bar and inside the full-service restaurant – each of which overlook the waterfront. Accessible by land and boat, CJ’s is a lively evening spot open Thursday through Saturday until 11:30 p.m. For music lovers, live entertainment is a constant at CJ’s along with gorgeous sunsets, great signature drinks and an assortment of mouthwatering entrees, including fresh local stone crab.

Naples nightlife doesn’t have to start and end at the bars. You can also try your hand at the Seminole Casino Hotel Immokalee. Open 24/7, this is one of seven casinos owned and operated by the Seminole Tribe of Florida. They offer a large variety of Vegas-style table games, as well as the newest slots and wide-area progressive slot machines. The casino also features non-stop live poker action in the new Seminole Poker Room and high-stakes Blackjack and Mini-Baccarat. There’s lots of great music and other live entertainment as well as many top special events. Plan ahead and book yourself a room at the hotel and rest up before heading back to the Naples area.

CJ's on the Bay

The Pub at The Mercato