Bring back more than a tan from your beach vacation on Florida's Paradise Coast. Join a shelling excursion and your souvenirs could include starfish, sand dollars and fighting conch shells. 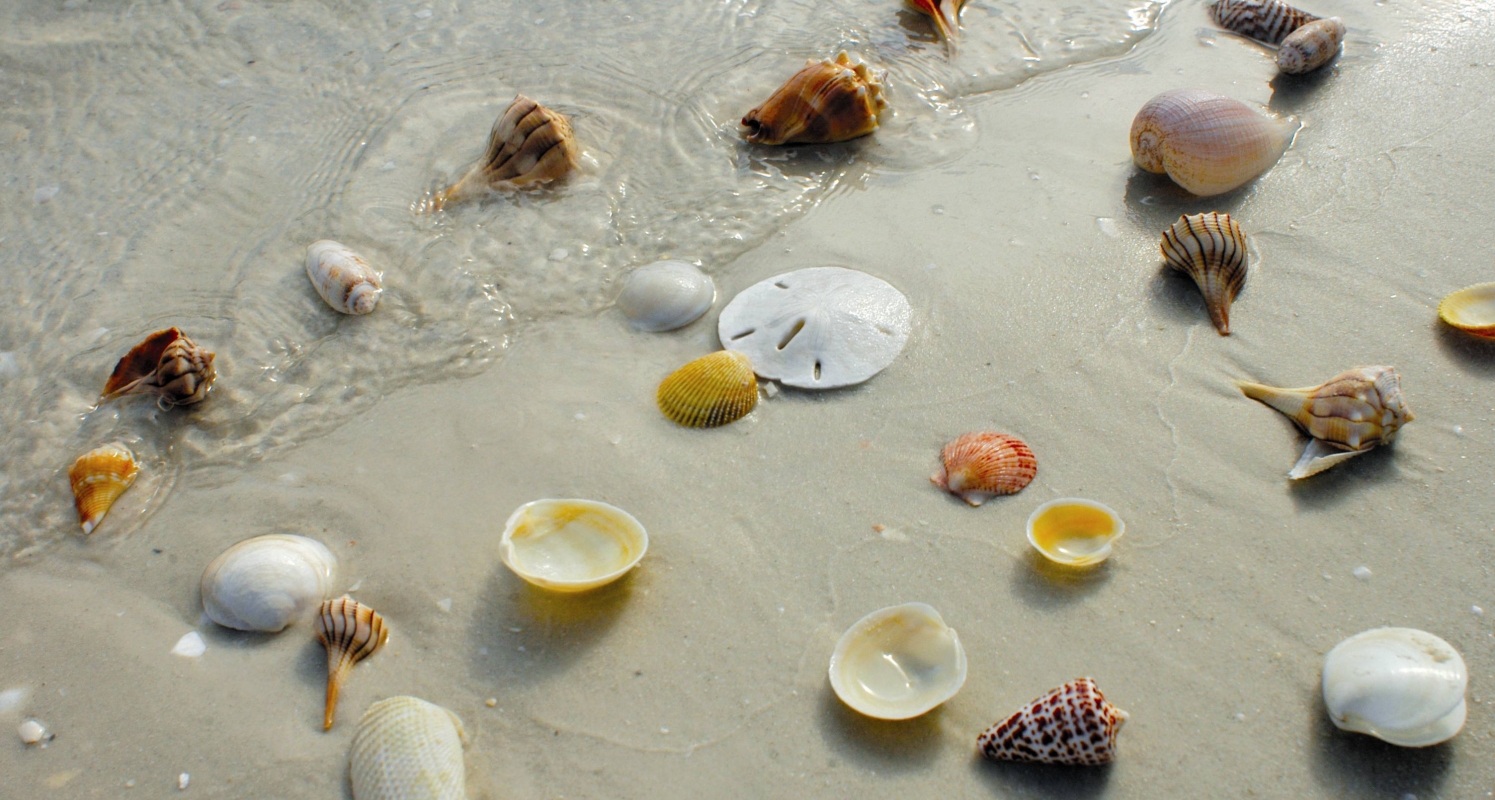 Florida's southwestern tip benefits from the offshore currents piling up sand dollars and other seashells on the many deserted islands. Get up close and personal with nature on a cruise to the surrounding islands for a day of shelling. Just remember – it's against the law to take live creatures, so only pick up the starfish, sand dollars and shells that are no longer living.

On the remote islands close to both Naples and Marco Island, there are countless beautiful shells to be found. Remember that sometimes winds from passing storms will cause thousands of shells to wash up on beaches. A private shelling tour can take you to some of the island beaches you would never be able to find by yourself for a shelling experience you won't forget!

Here are a few of the many shelling excursions accessible from the Naples area and Marco Island:

Dolphins are a common sighting on a private boat charter by Day Star Charters. With room for up to six passengers, this custom tour through Naples’ waterways anchors at a nearby island for swimming, sunbathing and shelling. Pricing is based on an hourly rate, so pack a lunch and make it a day of island fun.

If you'd like to learn more about Florida wildlife during your shelling excursion, check out Sweet Liberty. The Sweet Liberty runs a daily morning beach shelling excursion on a 44-person, 53-foot sailing catamaran to the remote 7-mile-long Keewaydin Island. The cruise is narrated and highlights some of the gorgeous waterfront communities in Naples before beaching. After you collect your precious shell treasures, you'll go sailing in the Gulf of Mexico.

For another relaxing catamaran cruise, consider Marco Island Water Sports, which sails the 45-foot Calusa Spirit, for its 2.5-hour Dolphin Watch & Shelling Tours. Hop aboard the 49-person catamaran, which departs directly from the beach and transports you to one of the undeveloped and remote beaches of the Ten Thousand Islands. Along the way, you'll enjoy views of the Gulf of Mexico and watch playful dolphins in their natural habitat. Once on Cape Romano, you'll have about an hour to shell, explore and swim.

Looking for a private jaunt? Cruise on over to Off The Hook Adventures, which features a six-person catamaran for a day of shelling on Marco's barrier islands. You can take the time to find that lightning whelk, but you'll uncover a lot more than shells on your trip, according to Captain Corey Yuskaitis. "We see sea turtles, a pelican in its nest ...," Yuskaitis says of the trek. "We want to educate people about the environment. And shells are living creatures in the water, so we only keep the dead seashells."

Marco Island Boat Tours, part of the Everglades Area Tours eco-tour company, offers private boat tour for shelling, sightseeing, fishing or any combination of activities that you desire. Explore the remote beaches on deserted mangrove islands in the Ten Thousand Islands, and hunt for keepsake shells far from other shell-seekers.

For more shelling excursions and other tours, explore the Tours page.