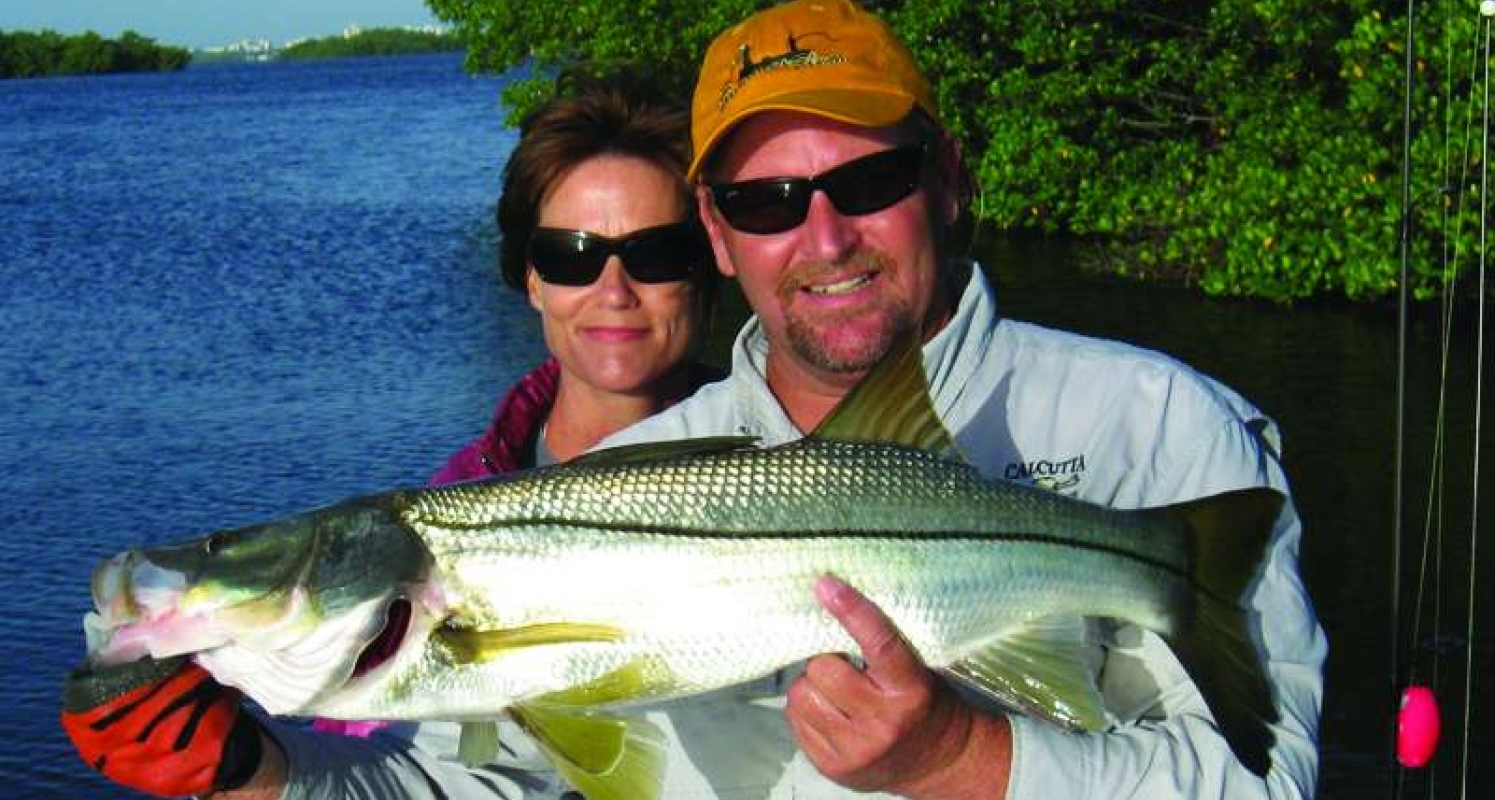 Considered one of the most exciting catches in the state, snook are a longtime favorite among those who love fishing in Florida. They bite and fight harder than almost any other fish and are also smarter, often swimming into sharp mangroves or dragging the bait under roots to cut fishing lines. Snook are also highly prized since they are a delicious food fish and are not allowed to be commercially harvested. Recreational rules for keeping snook and other popular fish species within certain seasons can change frequently, so it's important to keep up with current regulations.

On Florida's Gulf Coast, snook are catch-and-release only from Gordon Pass in south Naples up to the Pasco County line through August 31, 2020 due to stress on the population from a previous red tide outbreak.

South of Gordon Pass and through the Ten Thousand Islands and Everglades National Park, anglers may keep one snook per angler per day within the "slot," which is not less than 28 inches and not more than 33 inches total length during the open seasons from September through November and March through April. Snook are such a highly venerated species, today many anglers practice catch-and-release only fishing for them, even in areas where harvest is allowed.

The warm coastal waters in Naples, Marco Island and the Gulf Coast Everglades are ideal for snook, since they prefer water above 60 degrees. You'll find them in the shallow saltwater flats, along rivers, right off the beach and under bridges. According to records, the larger fish like the bridges the most, and many guides in the area can help you find other favored locations, as well as provide expert advice on safely catching and releasing under- and over-sized fish.

Since snook like shallow water, kayak fishing has become a popular activity, and you'll find numerous kayak rentals throughout the area. A kayak allows you to paddle to many of the truly pristine bodies of water in the Ten Thousand Island mangrove estuaries, some of which are too shallow for all but very shallow draft boats. Here you can explore and fish in uncharted, peaceful areas all to yourself. And you're sure to get an up-close view of amazing wildlife.

Fishing with an experienced guide is a great way to enjoy the wonders of Florida's Paradise Coast, but if you prefer to fish from your own boat or from shore, it's important to gather as much local knowledge as possible. For fishing tips from locals, stop by Mangrove Outfitters Fly Shop or Sunshine Ace Hardware for any gear you need and some conversation.

Experienced fishing guides can take you on a backcountry fishing expedition. Captain William Faulkner of Gulf Coast Guide Services is a renowned fishermen, a member of Yamaha’s Saltwater Team/Pro Staff and a contributing editor for Florida Sportsman magazine. His guided fishing charters take you to the Everglades for nearshore fishing and to the Ten Thousand Islands where you can target snook, tarpon and redfish. Other area charters that will take you on a shallow-water trips  include Fins-N-Grins Charter Fishing in Marco Island and Hope Fishing Adventures and No Free Lunch Charters in Everglades City.