Whether by foot, by kayak or by charter boat, The Everglades reveal a mysterious world of wildlife, sightseeing and adventure. 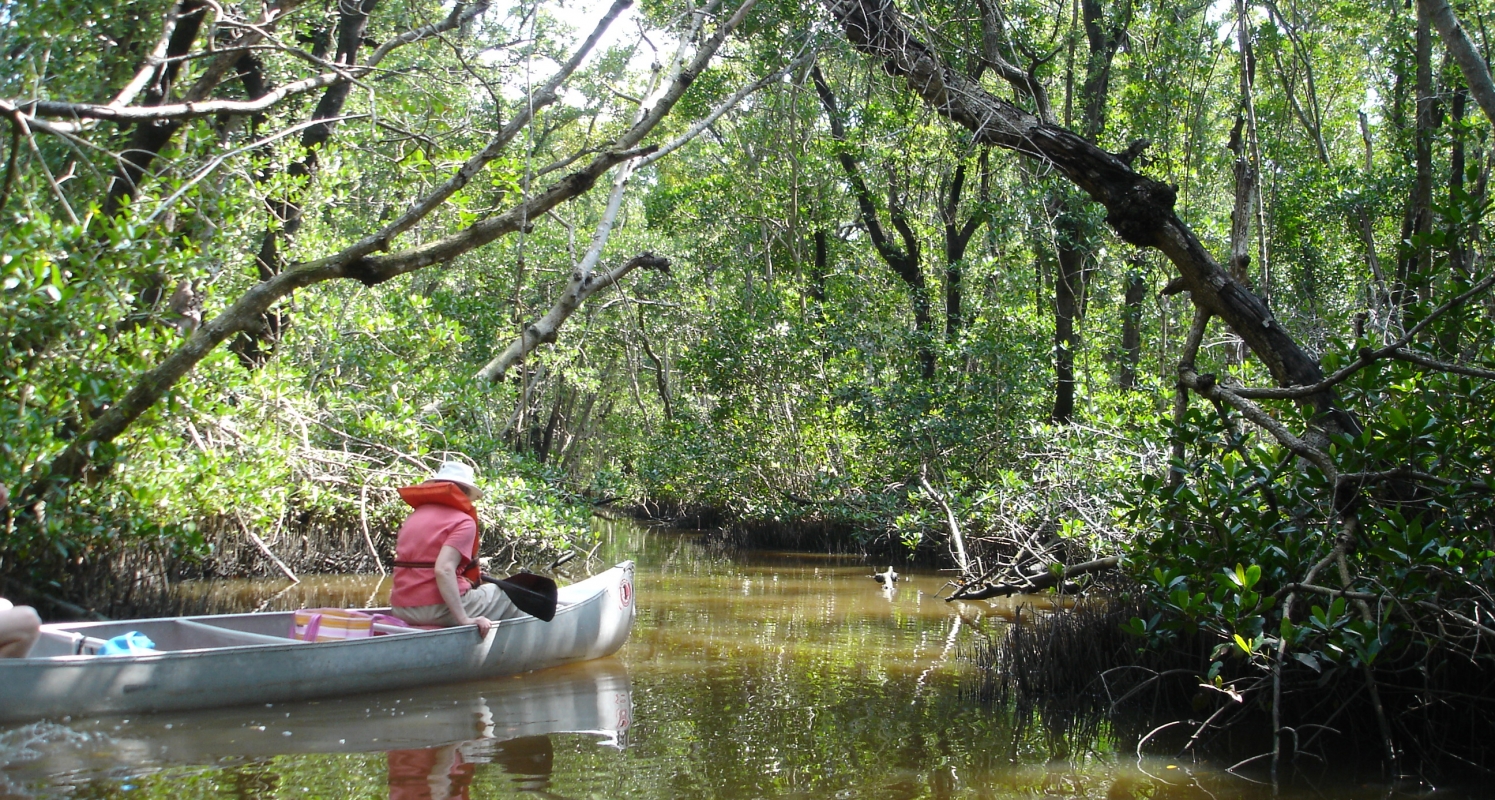 "Going west" usually means a rugged trek over bleached sands and snow-capped mountains. If there's water, it's the austere Pacific. But in the Everglades, you'll find that sawgrass plains (dry in winter, a shallow "river" in summer) and coastal prairies with desert plants lead to islands – 10,000 of them. From pinelands to mangrove channels and panthers to dolphins, to "go west" here is a journey of epic – and watery – proportions, as I discovered.

On my own drive through the lush expanse of the Everglades, I considered my navigating options: kayak, canoe, chartered boat. Or just walking through the shallow sawgrass, the warm water enclosing my ankles, the soft earth underfoot. With almost as many ways to explore as there are ecological anomalies, choosing the vessel you'll use through the Western Everglades is half the fun.

My first stop, Everglades City, was the end of the line for my car. Get your bearings here at the Everglades National Park Gulf Coast Visitor Center, where, thankfully, no compass was required. Instead, interactive exhibits reminded me that I was on the "West" side.

This northwestern entrance into the park is also a pass into the remote Ten Thousand Islands. Think osprey, dolphin and manatee as you mount up at the ranger station. In this case, the "range" is the largest mangrove forest in North America, and "mounting up" entails little more than climbing onboard a boat.

Everglades Florida Adventures' 90-minute cruises introduced me to the complex system of mangrove channels by easing me right into them. Park concession naturalists narrate the journey, pointing out roseate spoonbills and sunning manatees along the way. Our naturalist was quick to osprey, wood stork, red shouldered hawk and other resident birds  for us.

Paddling the "River of Grass"

It's not exactly Heart of Darkness, but going backcountry was a mysterious prospect for me. With names like Shark River Slough and Graveyard Creek, these protected areas seemed prime territories for expedition... and trepidation. But after paddling through the seamless waters on a guided adventure with Everglades Adventures & Eco Rentals, I was alert to every splash and rustle. With the scent of musky cypress in the air, alligators slinking from the banks and tranquil pools around every corner, being canoe-close was actually relaxing.

Kayak Fishing in the Everglades

Want to see what lies beneath? Try an Everglades kayak fishing excursion with Everglades Area Tours. It would take days to paddle to the areas that the "mothership" shuttles kayakers to in short trips. Deep in the park, practiced fly-fishermen and novices alike can just coast or cast, catching grouper, snapper and snook.

Though I'm more given to wading and shelling than baiting and hooking, I appreciated the delicate precision involved in casting. Watching the lines highlighted by the sun and hurtling through the air to break the water's surface convinced me that fishing can be a spectator sport. Make a customized trip for the family or join in one of the open fishing trips, where kayakers are welcome to stop and shell or spend all day angling.

Exploring the Gulf by Charter Boat

Any map will tell you that going west here resolves in the idle waters of the Gulf. I set out on a chartered boat to Pavilion Key, leaving the intricate waterways of the inland Everglades behind. Before Six Chuter Charters whisks you out to sea, fish the flats on the front side of the mangroves or stalk the grass flats for trout and pompano.

In spring and summer, sharks cruise by in the shoals. Six Chuter took me from fresh water to brackish and back to saltwater for a dizzying lesson in all-things fish related. We followed snook on the beaches and redfish in the oyster bars. Six Chuter Charters tailors trips to experience and interest levels, guiding anglers in everything from casting to selecting among artificial baits. They'll even pull the fish off the line for you, a service I took advantage of.

Charters that tool you around amid the mangroves and then slip out to Pavilion Key are daylong excursions that couple plenty of angling action with leisurely turns through pristine waters. Once ashore on Pavilion Key, I unpacked a picnic on the welcoming northern tip, said to be a hub for pirates in years past. Settling back into the soft sand, I felt as though I had made it to the ends of the earth.

4th of July Fireworks & Fun in the Naples Area

Local Favorites for Breakfast in Naples, Marco Island & Beyond