When it comes to golf on the Paradise Coast, you'll get birdies, eagles and a whole lot more. 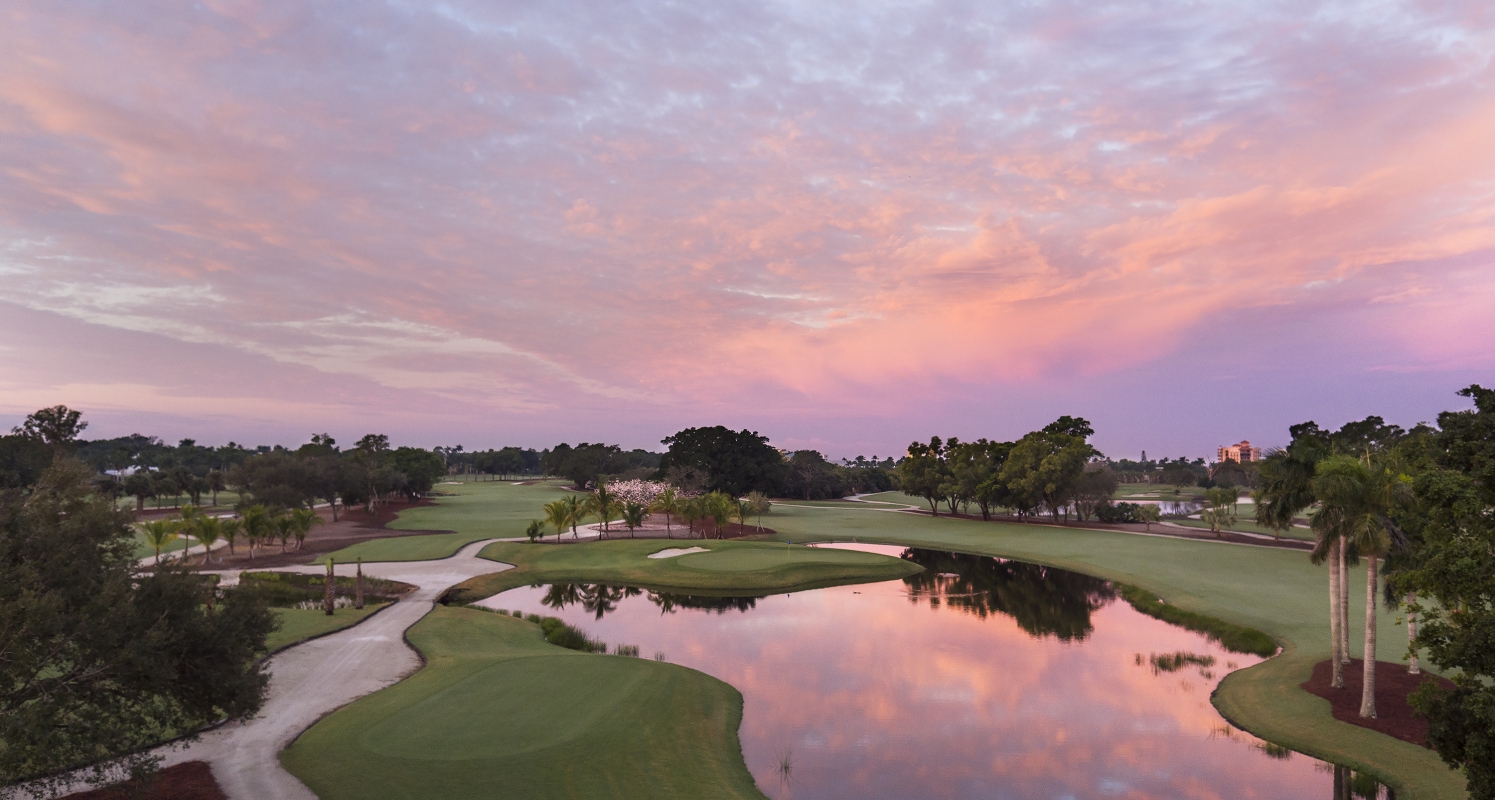 The stunning bald eagle perched majestically above was a long-awaited sign. "Go for the glory," it seemed to say, fixing a determined gaze on the green 567 yards away. Alas, glory is fleeting, and six shots later the 11th hole of The Rookery at Marco added yet another bogey to the scorecard.

Yet if there's anyplace where it's easy to shrug off a bogey, this is it. With close to 90 courses bathed in year-round sunshine and spectacular natural beauty, Florida's Paradise Coast is a premier golfing destination. Merely choosing which courses to play is a monumental undertaking – albeit one with a guaranteed win-win.

Guided by the ethereal golfing experience rather than specific designers or styles, we've selected four courses to play in four days, hoping to capture the essence of the area's ever-evolving golfing landscape.

Stock yourself with a cache of balls and enough adrenaline to pound a 300-yard drive and tee it up at Lely Mustang Golf Club, just down the cart path from the luxurious accommodations at GreenLinks Golf VIllas at Lely Resort. While Club Pro and Tournament Director Marc Canady can demonstrate how to skillfully maneuver across the rolling fairways and expansive greens, the less gifted golfer gets a firsthand look at many of the course's 12 lakes and bottomless greenside bunkers.

The Lee Trevino-designed course's imposing length – 7,217 yards from the back tees – can make it far more challenging than the traditional resort course. However, at just over 6,000 yards from the white tees, the well-manicured Mustang is also an enjoyable test of golf for those vacationers lacking Tiger-like length off the tee. If at all possible, be sure to budget time to play the adjoining Lely Flamingo Island Club, a Robert Trent Jones, Sr. Signature Course.

The next destination is Tiburón, The Ritz-Carlton Golf Resort, Naples' club with two courses - The Gold Course and The Black Course - boasting velvet-smooth fairways that could pass for greens at most courses. This one-of-a-kind Greg Norman design, host of the annual QBE Shootout, features virtually no rough. Instead, "The Shark" used crushed coquina shells and landscaped waste areas to create the ultimate exercise in "target golf," rewarding good shots and showing little mercy on the swings you'd rather forget.

On The Black Course's par-five 9th hole, for example, one can hit a seemingly perfect approach over the lake toward the immaculate green only to have the ball land on the crest, pause momentarily and roll tragically backwards into the murky abyss. Then, on the very next hole, the still-mourning golfer can watch his or her playing partner skip the ball a blasphemous five times across a pond and onto the green of the picturesque par-three 10th. Ah, how agony and ecstasy so intricately entwine at Tiburon.

Maintaining focus is no easy task at one of JW Marriott Marco Island's two courses, The Rookery at Marco. The sprawling wetlands that envelop the course – and swallow more than a few balls – make it tough to stop watching wildlife and concentrate on the game at hand. It comes as no surprise that The Rookery is a member of the Audubon Cooperative Sanctuary Program. On the 11th hole, a soaring osprey and lazy alligator frequently join the resident bald eagle in witnessing the embarrassing three-putt bogeys common to the oversized green. In truth, leaving the binoculars at home is as big a loss as missing another three-foot putt.

The beneficiary of a dramatic redesign by Robert Cupp, Jr., The Rookery's five sets of tees, generous sloping fairways and large, undulating putting surfaces make it friendly to first-timers. But the deep bunkers and encroaching wetlands, not to mention championship tees that stretch to 7,180 yards, make the track both challenging and interesting enough to play over and over again. Then there is the JW Marriott's second course nearby, Hammock Bay, designed by Peter Jacobsen and Jim Hardy. This par 72 course, also a natural haven for native wildlife, features greens offering a variety of approach shot options.

Which leads to a final thought: With so many courses to play, it's time to start booking some tee times.